The city of Dandong is China’s main link with North Korea. Aside from being a trade hub it is also a major tourist attraction as it is one of the only places in the world where you can quite easily, briefly cross the border into North Korea.

The Yalu river separates China and North Korea. Although crossing into NK properly is actually a rather complicated and expensive process, taking a tourist ferry across the river to take a closer look is a cheap and fascinating experience. For 60 yuan (or 36 yuan – $6 – if you have yourself a student card) you can hop on for a 30 minute round trip that takes you along the banks of the North Korean side of the river. 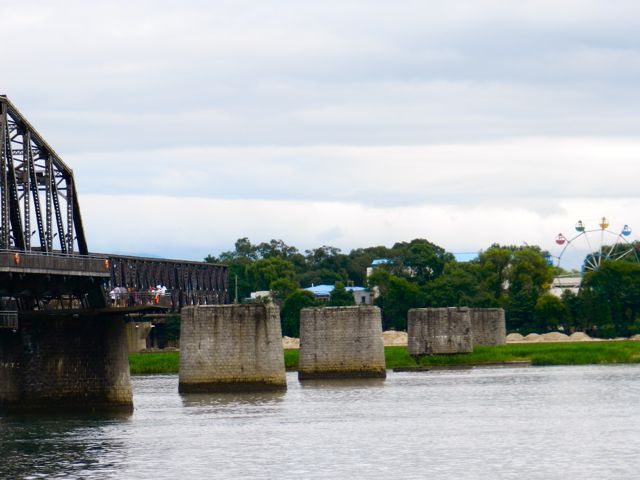 The Korean side of this bridge was destroyed in the 50’s by the USA. There now seems to be a theme park at the end of it!

So, ok, there is no border control, visas or showing of passports… but as far as your GPS is concerned you are on the other side of the imaginary line that separates China and North Korea – and thats about as close as I want to get for now!

A peek into everyday life is certainly interesting, from children playing in the river, construction and industry, the odd soldier patrolling and many of them staring out at China as boat loads of tourists constantly click away at them 12 hours a day. 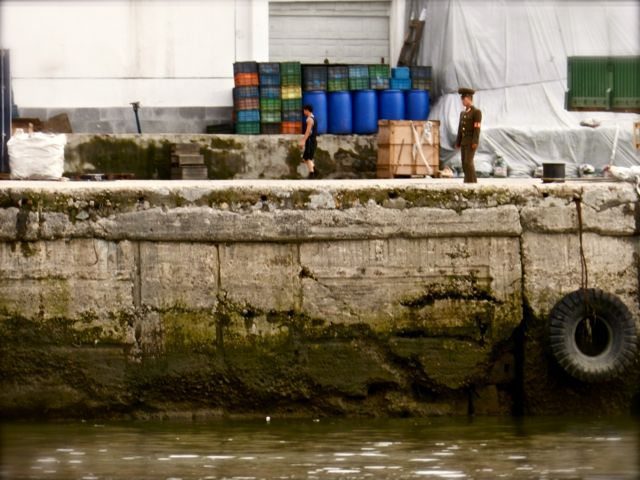 Soldiers patrolling the border are pretty relaxed, after all, NK is mates with China!

It’s hard to know how they feel, in a world controlled by propaganda but with a clear view of a country freer and more developed than there own. It’s impossible to imagine that they have been brain washed to the point where, at least in their private thoughts, they don’t see that China is a world away from them whilst being only metres across a dirty river.

On the Chinese shore we met one North Korean who had escaped across the border. He didn’t speak English but he made his opinions very clear with his gestures, “Don’t go there, China is good, North Korea is bad”. He has the freedom to share this opinion now, millions on the other side do not. Being a tourist gawking at life on the other side could be seen as wrong but the experience was an eerie education on a country most people know little about, life goes on for the population of North Korea, they may not have freedom like we do, but they have jobs and lives, families and friends and sometimes keeping those things safe is more important than fighting for freedom. 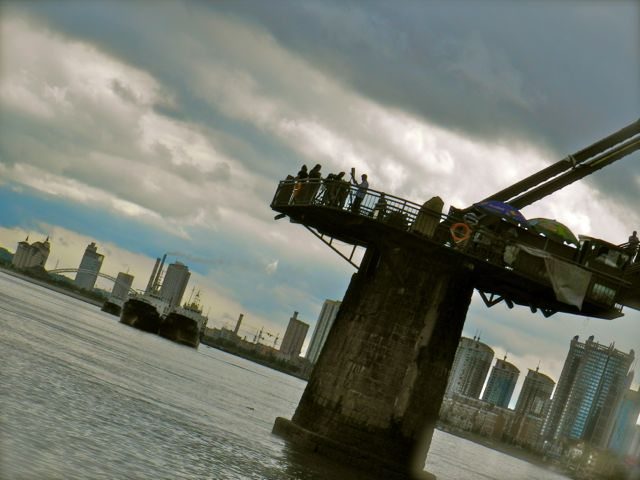 Tourists at the very end of the destroyed bridge take photos of North Korea.

For a few minutes, a quiet contemplation and fascination took over the minds of everyone on our vessel with only the clicking of cameras to disrupt it… Shortly after, as the boat turned back towards China, the tension was broken by one of the staff shouting through a megaphone trying to sell us Korean bank notes and Cigarettes – if there is one thing you can be sure of in China, it’s the mad rush for souvenirs! 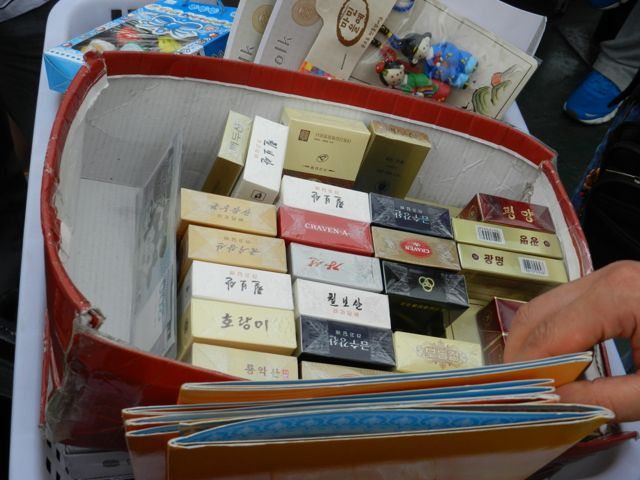 The tourist boat does 30 minute trips around the river 7 days a week from morning til late (about 9pm). Head down to the Yalu River Park Scenic area to get your tickets from the official booth. There are other people trying to sell more expensive trips, one Chinese tourist advised us that they are scams so it is safer to stick with the official ticket booth.