National Dish VS Strange Regional Delicacy for every Asian country (With photos and information for each one). We wanted to know what to eat in Asia and there is no fully comprehensive guide on the Internet, so we made one!

Featuring the essential national dishes along with those crazy, strange, weird, slightly gross and sometimes stomach turning “must try” regional dishes that you won’t find at home…….if not to try yourself, at least have a look at someone else giving it a go!

So, in Alphabetical order, lets get into it… 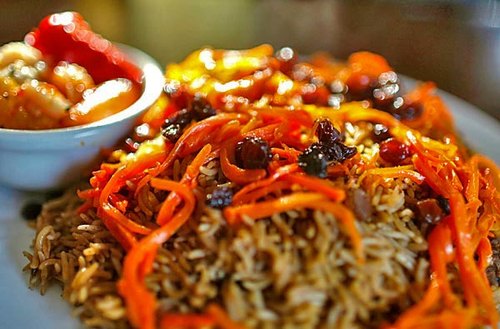 A rice dish made with Lentils, rasins, carrots and normally lamb or chicken.

Lets start off the less palatable foods list without pulling any punches – BBQ lamb testicles. Cooking them up in a country controlled by the Taliban also adds the taste of fear to these “delicacies”. 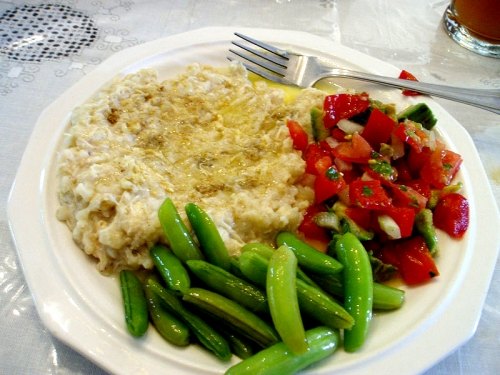 An ancient dish akin to a thick porridge. Coarsely ground wheat is cooked with chicken stock. Also popular in Lebanon. 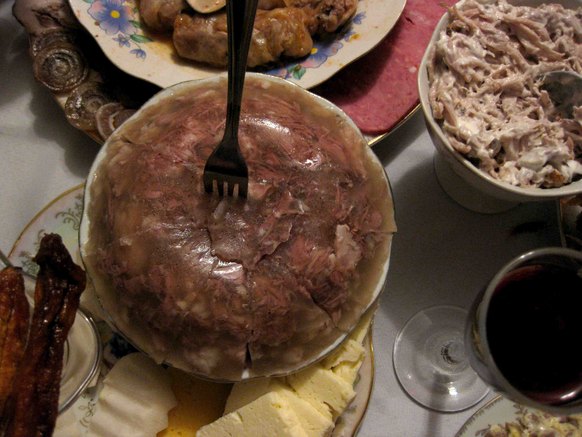 A jelly (jell-o) like substance made from boiling pig parts such as the head, jaw, cartilage and various connective tissues. Sometimes served with cheese wrapped in slices of pig ear. What a feast! 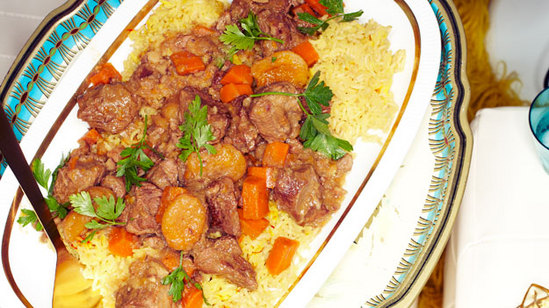 Get ready for a shock! Meat & Rice is a favourite across much of central Asia, so if you are travelling in that direction you better get used to seeing it on every menu. Every country has their local variations and Azerbaijan has more than 40 versions of this one dish. Which is best? Let us know in the comments section. 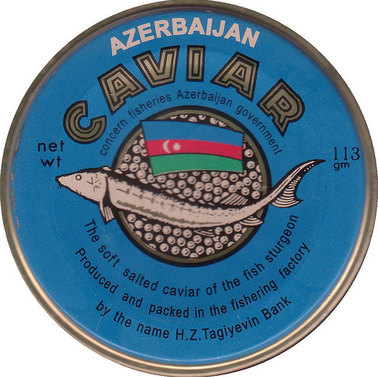 Probably the best known weird food on this list, caviar is fish eggs. You probably already knew that, but fish eggs? People pay a fortune for fish eggs! Head to the source and check out the Taza Bazaar in Baku to meet the caviar touts who will take you to secret rooms to taste this most prized of world cuisines. Expect to pay $25+ for a tin this size (113g) 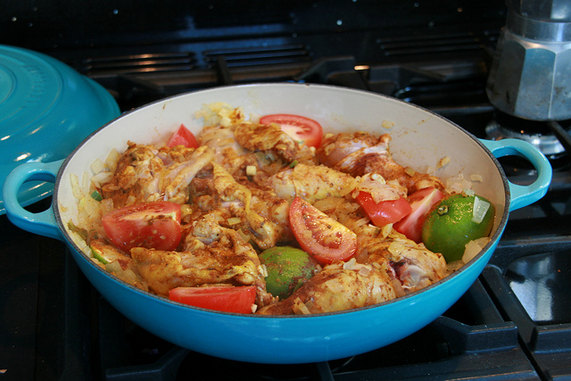 Its Meat and rice. I warned you there would be a lot of meat and rice. Originating in Saudi Arabia and also known there as Kabsa, expect spices such as: Black Pepper, Cardamon, cloves, saffron, cinnamon, black lime, bay leaves and nutmeg. 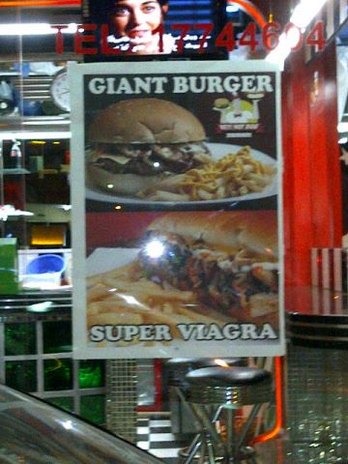 We don’t know if this one is lost in translation or following the Asian tradition of claiming that all weird food is an aphrodisiac (the best way to sell horrible food to people) Still, it amused us! 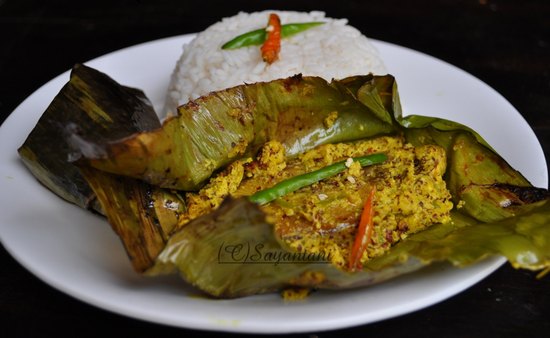 ilish is a fish and this dish involves the fish being wrapped in a banana leaf with mustard seed paste and eggplant and then being baked, steamed or fried. The preparation varies as often happens with popular dishes – fish cooked in a leaf, thats what you need to know. Now go to Bangladesh and try some! 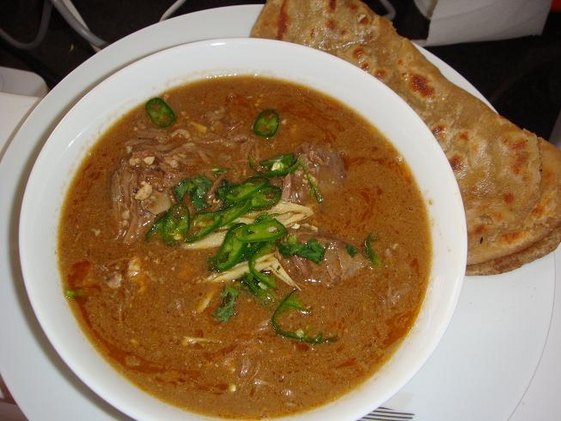 ahhh offal. The friend of every weird food adventurer… This dish looks relatively appetising until they tell you its made with brains. Cow, goat or sheep, you pays your money you takes your choice! Beware, the pronunciation for this dish is almost the same as Magaj, an indian sweet made from chickpea flour, make sure you order carefully as brain curry for desert is probably not your first choice! 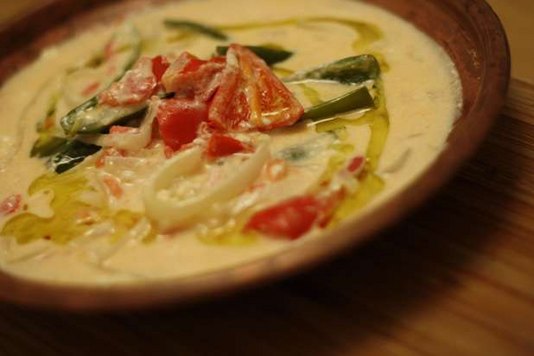 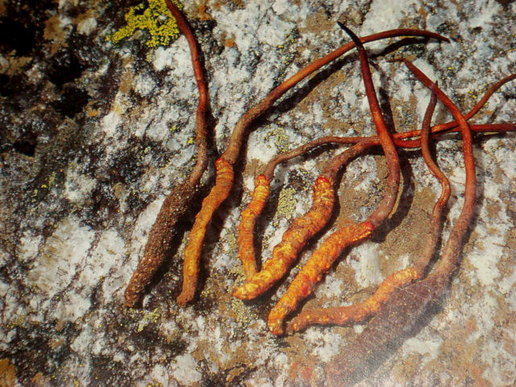 I’m generally a mushroom lover, but when the mushroom grew inside of a live caterpillar, eventually killing it to produce a fruiting plant, I am slightly more dubious. As with many other strange Asian foods you can add this to the list of weird fertility drugs, often being dubbed “Himalayan Viagra”, but with a hefty price tag, you may not be munching down on a full portion of Mushroom risotto with these mushrooms… Also found in Tibet and Nepal. 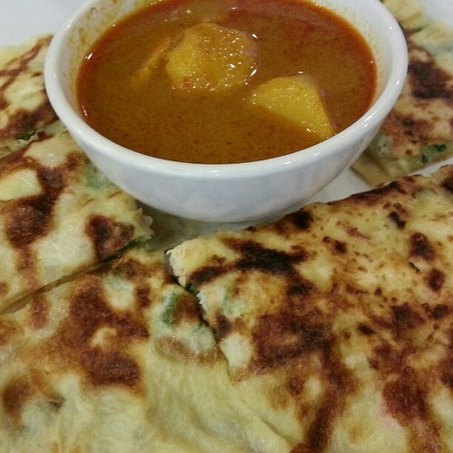 Once again a dish with a huge variety of preparations. Its essentially a stuffed bread or pancake and normally served with a little curry dip. Brunei consider this a national dish but you can get it all around Asia. 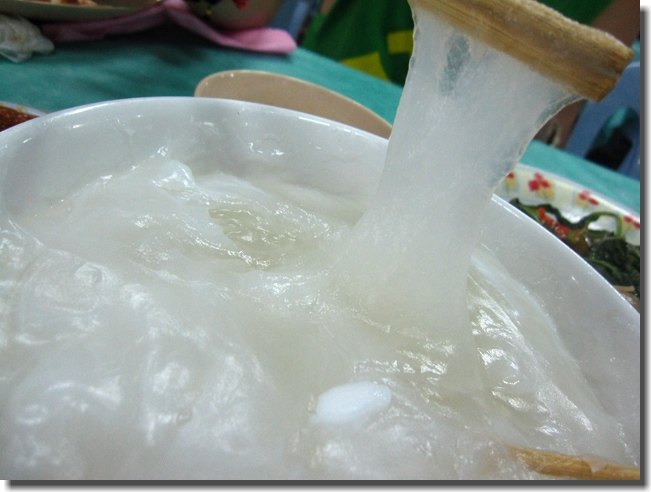 It looks like goop… it is goop, but it is very popular in Brunei. Ambuyat involves taking sawdust from the centre of the Sago Palm tree and boiling it for hours until thick when served you roll it on chopstick and dip in peanut sauce as the goop itself has very little flavour. Eat it while its hot, before it turns hard like plastic! Are you convinced this’ll be awesome? Me neither.

This is pronounced “mun hang hka” and is the Burmese take on the Asian favourite of fish noodle soup. Served mostly at breakfast time however you can usually find a number of stores or hawkers selling it throughout the day

Made famous world wide by Ozzy Osbourne many Asian communities have taken their love of Black Sabbath to the extreme and continued the tradition of eating bats. KIDDING!!! But it is in fact something you can try while in Burma….if you dare!

Not entirely certain as yet how to find this in Burma, but we will let you know after we visit in April 2013.

Pronounced “haa mok trey” this fish curry dish is a favourite around the time of Bon Om Touk or the Water Festival. The fish is coated with a thick layer of coconut milk and then gently steamed in banana leaves. It can also be made with chicken or tofu for our vegetarians out there.

You can find spiders in many towns throughout Cambodia, but the hot spots is the town of Skuon where hawkers are serving up this tasty treat to anyone willing to eat a spider about the size of their palm. Khmer people call it a-ping but it’s also commonly known as edible spider. Prices can vary so always remember to barter if your after more than 1 tarantula haha!

Up Next: some of the tastiest and weirdest food in the world as we head to China! Expect penis on page 2…