A noodle soup that comes in many varieties depending on the produce available. Almost everywhere in Japan has there own variation of this dish. Also, don’t forget Sushi, the obvious alternative national dish of Japan!

Strange and Weird Japanese Food Round 2 – Natto (なっとう or 納豆 )

Not wanting to leave out any possible vegetarian options for weird food, Natto is soybeans that have been fermented. It has a powerful smell and strong flavour and is often served for breakfast. We tried it in sushi one time…..it was an experience!!! 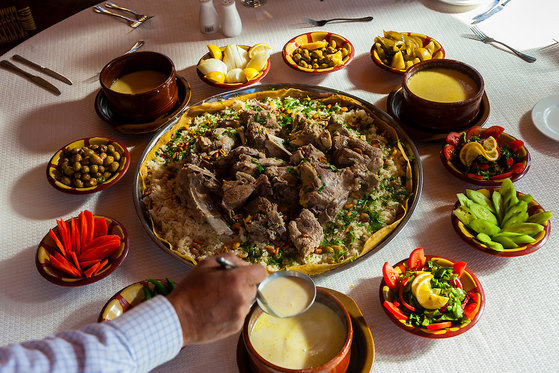 Traditionally its lamb cooked in a sauce made from fermented dried yoghurt and then served on a flatbread with a layer of rice.

Ok, so its mansaf again? Can’t be too bad then? Did I mention this recipe uses spiny tailed lizard instead of lamb? 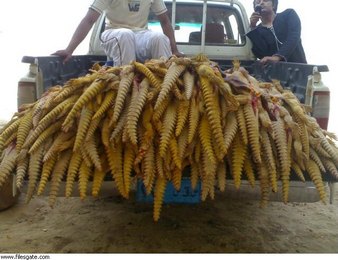 So, first, catch yourself some lizards. That should be enough. 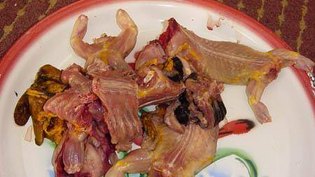 Skin the “Dhub” and remove all the organs, except the liver, leave that in for flavour. 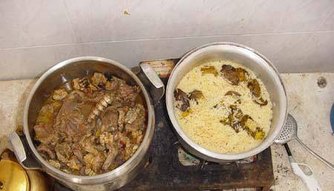 Cook up your curry, bones and all, with yoghurt, salt, pepper, allspice and cardamon and serve on a bed of rice with some pine nuts for extra “crunch” – in case you wanted extra crunch.

This is the national dish of most of the Turkic peoples (People of the Central Asian Steppes). I’ve clubbed these four countries together as the dishes are similar. Kyrgyzstan also has some other alternative dishes so will be listed separately below. As well as beshbamak, Plov (Pilaf) is very common – yes, rice with meat on top again. 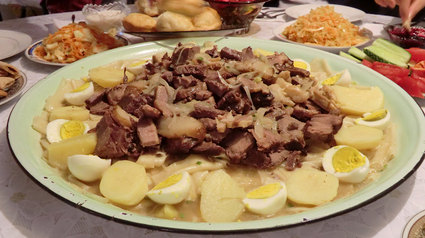 The beshbamak, presented in its more pleasant form above, literally means “Five Fingers” because it is to be eaten with you hands, it can be served with thick noodles or other carbs. The more traditional version is more like a feast where the entire animal (sheep normally) is prepared, head and innards included, and presented on the table with the senior guest of honour being given the head. Each body part has a traditionally allocated person who would receive it, for example, children are given the heart and kidneys “to make them mature”. The knuckle must never be served to a girl as it will prevent her from ever getting married. And yes, this is the National dish, not the weird food. If you are the honoured guest at the feast look forward to eating eyeballs! 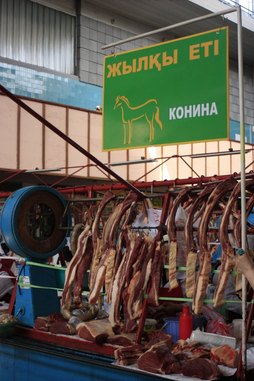 After eating whole sheep head at the feast, a bit of horse meat may not seem that strange after all, which may be why it is often served as a starter… they also eat horse in France, amongst other countries, but you have to love the market presentation on this one!

This popular dish is made by fermenting vegetables (mostly napa cabbage) with a variety of seasonings. The process of making kimchi is called kimjang and the ancient tradition can take up to a year to complete.

Gaebul, often referred to as the penis fish this is in fact a species of spoon worm, it is commonly eaten raw with salt and sesame oil.

As if you thought 2 wasn’t enough… here is the bonus round!

We eat live octopus in Busan, South Korea. Read more about this in the Full Article. We ate Sanakjii – which is a semi-alive chopped version where it wriggles on your plate. You can also choose to eat a whole live baby octopus, also called Sanakjii which is very alive when you pull it out of the water and put it straight in your mouth – this method of consumption has lead to suffocation of some diners… be warned! 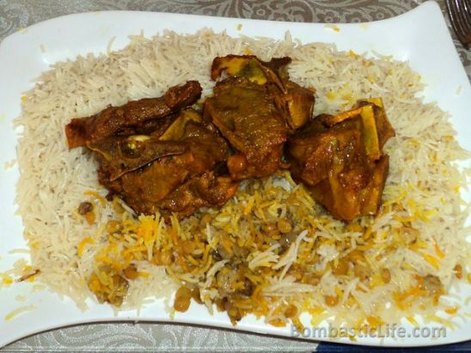 The same national dish as Bahrain, and once again its meat and rice! This particular meal was consumed at Beit Dickson Restaurant, Salmiya, Kuwait. 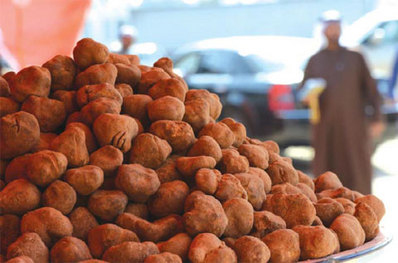 These are not the same as European truffels, but they are still truffles. Their is no way of preserving them and they are very seasonal as the plant that produces them only does so when it rains… in the desert… Find them at the major markets in Kuwaits city if you are lucky and expect to pay from $26 to $250 per kilo – still a lot cheaper than European truffles! They can also be found in Dubai and Riyadh as well as other parts of the Arabian peninsular.

As well as the traditional Beshbarmak, Lamian is a thick noodle dish. 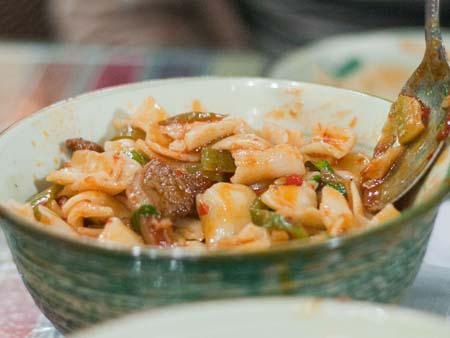 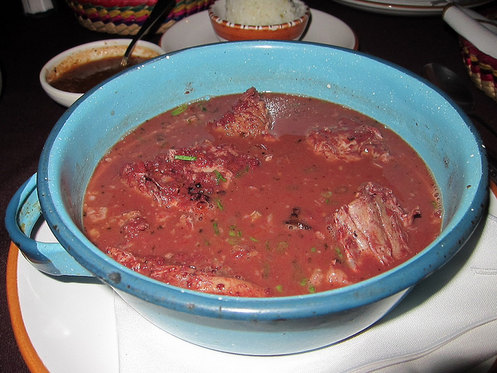 One possible course from the Beshbarmak is a soup made from the animals blood and some other assorted parts.

Larb is a minced meat salad that can be made with chicken, pork, fish, duck or beef. One of the most important parts of this dish is the khao khua or ground toasted rice.

I have read that they have a smokey flavour and are quite chewy but not much meat on them. Kind of looks like squirrel chips or crisps – but with a little head!