Burmese cuisine is a fusion of Thai, Indian, Chinese and a mixture of smaller local tribal influences like “Shan”, “Mon” and others. Touring around Burma we found regional dishes that would be available in most restaurants but they became unfindable in the next state over. We also found some staples that were everywhere – especially Chinese BBQ!

In this article we’ll look at typical street food as well as some of the harder to find dishes. We’ll start the same way we start the day – with breakfast! So, lets check out those tasty Myanmar foods…

In a country where there are supposedly no breakfast conventions – except tea, which is a norm at any time of day in Burma – there were certainly some breakfast standards that you could find in most town, especially the big cities, pretty easily. 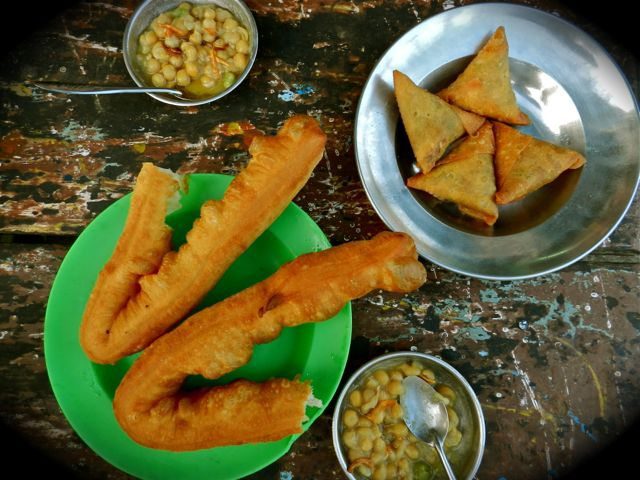 Talk about fusion!?!? Indian & Chinese for Breakfast? Yes please! On average we paid 200 kyat (23 cents) for 1 doughnut and 100kyat per samosa. Pretty much any tea/coffee shop has these out on the tables from 5am to 9am, you eat what you want then they count up and you pay. Dipping the doughnut in the milky tea is a tasty option too. 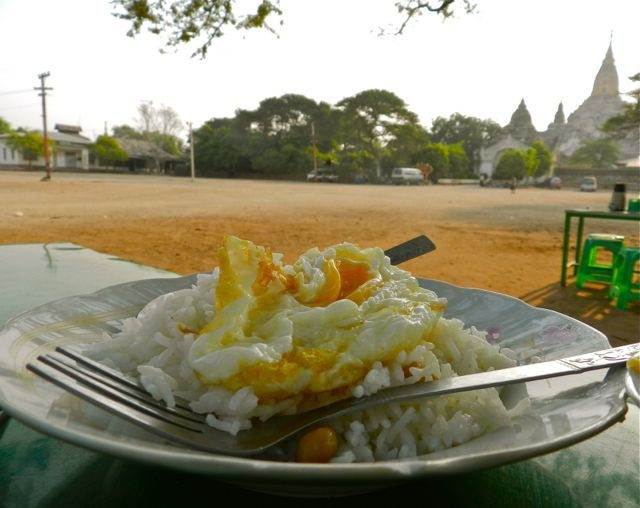 If you get bored of the guesthouse breakfasts (Egg with sweetbread & Fruit) then try asking them for your egg on rice. They may be confused, but eventually they’ll get it. Alternatively head out on the street and get some cooked up for about 500kyat (55cents). 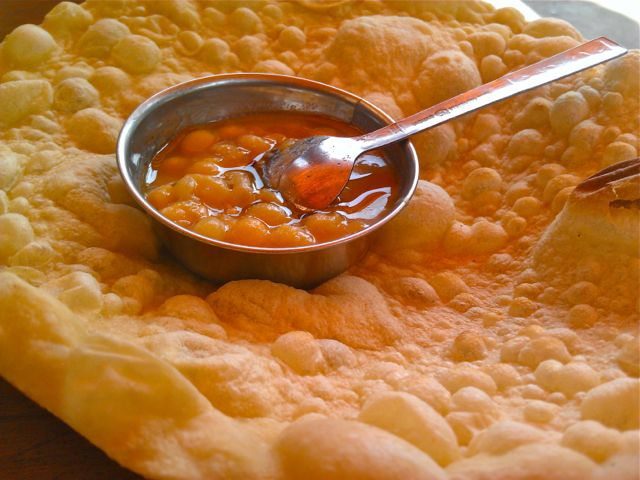 We saw a number of strange translations for Roti bread, including the above spelling as well as it being called indian pancake. The photo features the plain and less oily version of the bread which came with a tasty chickpea dip. 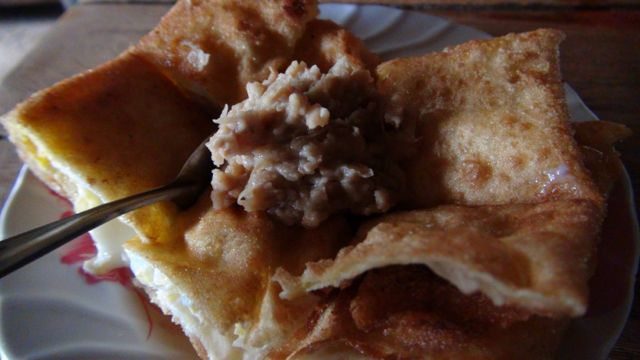 Indian bread, fried and folded with egg inside. This is certainly not original Burmese Cuisine but it is everywhere throughout Myanmar! Probably one of our favourites, especially when it is nice and crispy on the outside! 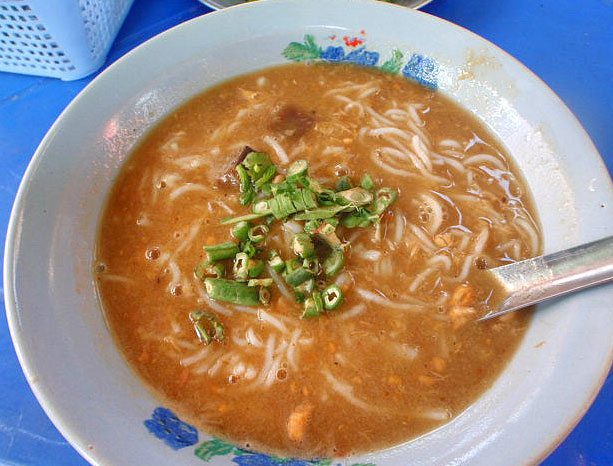 This is actually Burma’s national dish, it is available all day in some places but is typically considered a breakfast dish. We had it once and didn’t really like it, sorry Burma 🙁 Myanmar has a lot of great food but this wasn’t a dish of preference for us at all. 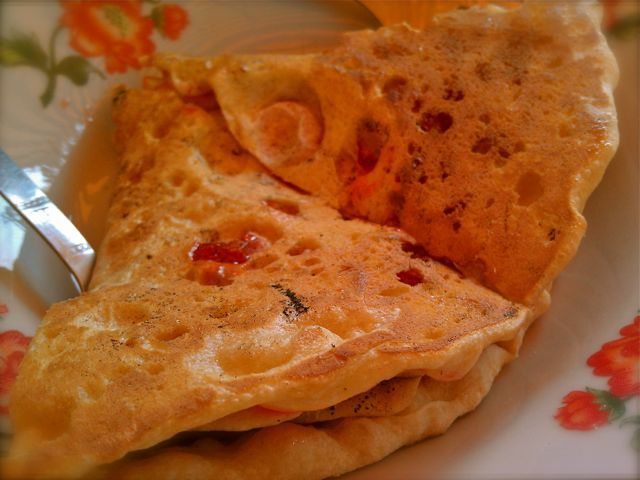 This is a variation on the usual roti with dip option. The jam is normally folded inside the bread. This is mostly region specific to Pyin oo Lwin in Shan state (where they make the jam!) A great breakfast for around 400 – 700 kyat 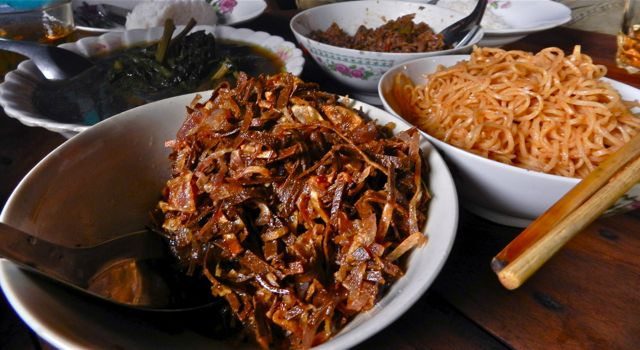 There is no typical breakfast, normally leftovers from the night before are re-jigged into something new and interesting. Read more about our 3 day motorbike trek through the mountains of Burma’s Shan state.

We liked Myanmar so much we even wrote a book about it!!!

THIS IS PAGE 1 OF 4 – Click below to read about more Burmese Cusine!