Traveling by train to Tibet is one of the greatest adventures of Tibet tours, and can be done from any of seven gateway cities across China, including Shanghai, Beijing, Guangzhou, Lanzhou, Chengdu, Chongqing, and Xining. Life on the trains is totally different to traveling on a train anywhere else in the world, and this unique experience, which includes some of the most captivating scenery in the world, is one trip that you should not miss. 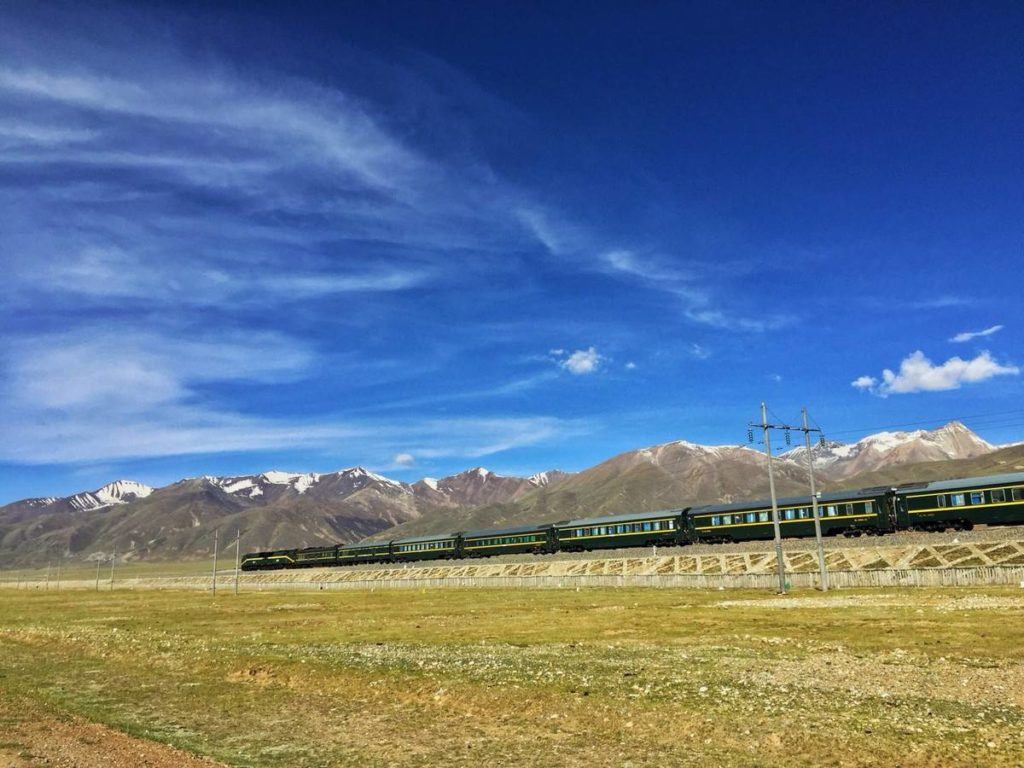 Dining on the train to Tibet is also a unique experience, and there are several ways you can eat while you are traveling. The train has a fully equipped dining car, where you can eat freshly prepared meals as you watch the world go by outside the large windows, as well as a food trolley for those that wish to stay in their cabins to eat, and plenty of boiling water for those that have brought their own food and need hot water to prepare it. With such a selection of foods available, you can be sure that you can find something to your liking on the Tibet trains.

Eat in the Dining Car

All the trains to Tibet have a dining car, which is usually somewhere in the middle, between the first- and second-class carriages. The cars can usually seat around 40—50 diners, and serve a wide range of Chinese foods, for breakfast, lunch, and dinner. It is a good idea to get there early if you are planning on dining in the dining car, as it can get busy, and they are usually unable to cater to every single passenger on the train. You can sit and wait for a while before they start service, but you need to have at least a drink while you are waiting.

Some of the trains do serve Tibetan dishes on occasion, depending on the train and the cooks, but most just serve simple Chinese dishes for all three meals. Breakfast, which is served from 7:30am to 8:30am, is normally a selection of pickles, bread, eggs, and milk, or a variety of noodles, including beef, vegetable, and pork noodles. Congee is also available at breakfast only, or you can choose from the variety of bao zi (Chinese steamed buns). Coffee is available as instant coffee, but tea is much more popular. On average, the breakfast costs around 20 yuan per person, which is about three dollars. 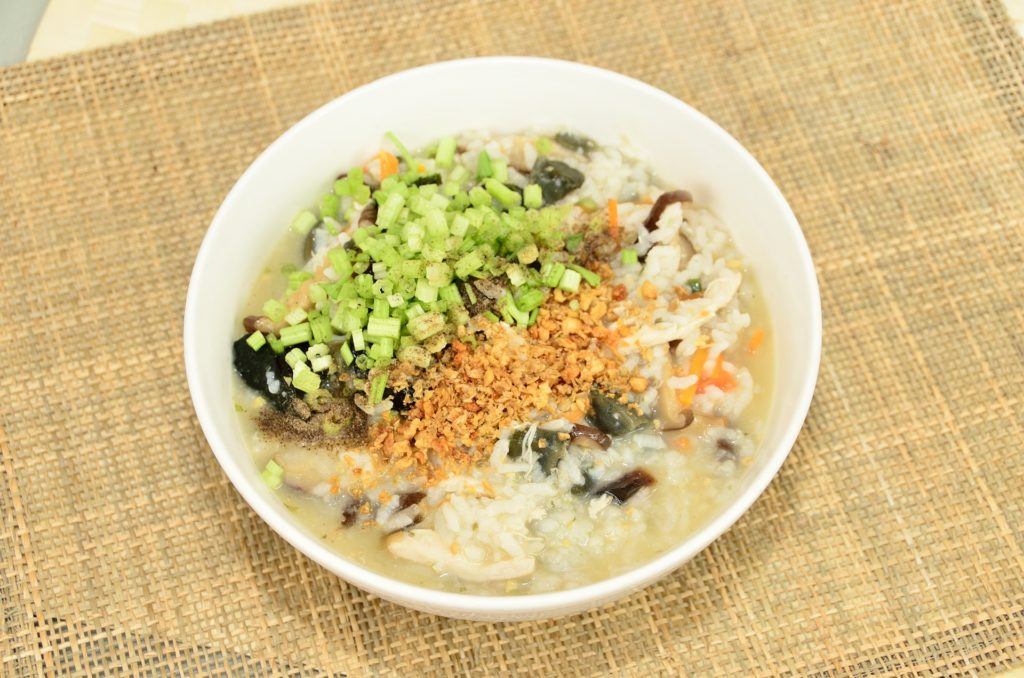 Lunch is served from 11:30am to around 2:00pm, with dinner being served from 5:30pm to around 7:30pm, or sometimes later if people are still coming in to eat and the kitchen has food available. The lunch and dinner menus are the same, and often include such dishes as Kung Pao Chicken, Vegetable of Beef Chow Mein, and a variety of dishes that include shredded potatoes, stewed beef, cabbage, tofu, and fish. Several noodle dishes are also available, and you can even find a few pasta dishes on selected trains. It is easy to mix and match your rice with a variety of main dishes, to get the best out of the dining experience on the train. 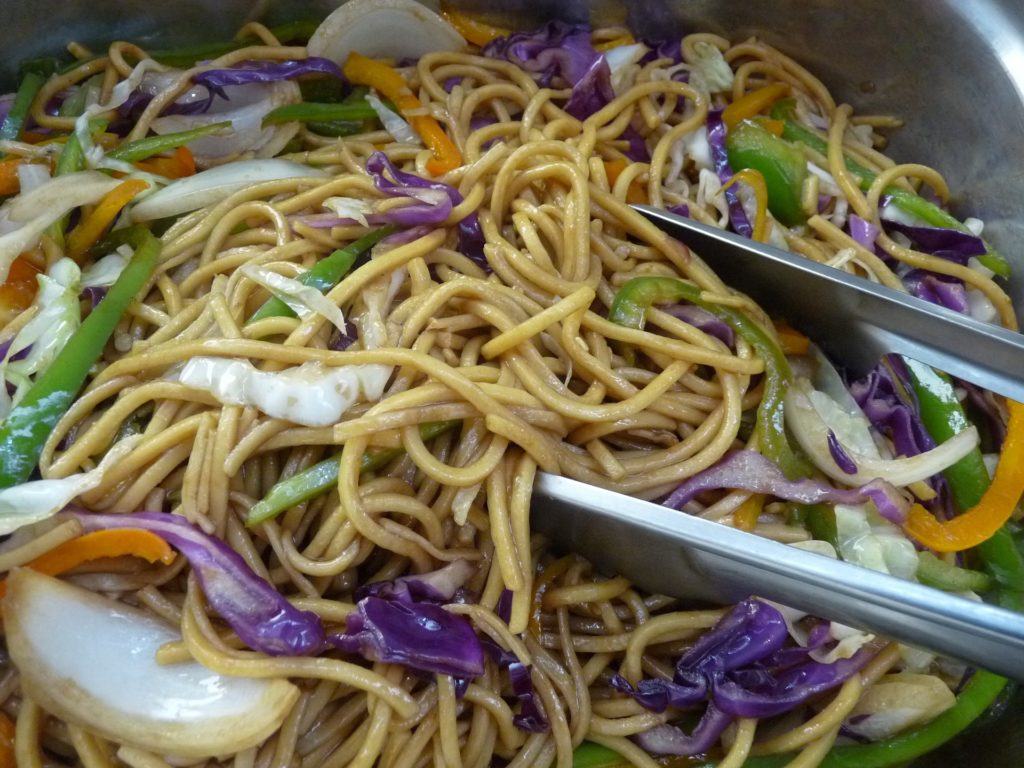 The menu for the train depends on its departure location, and the different trains often have very different menus. If you like Sichuan cooking, then the trains from Chengdu and Chongqing are the best option. There is also a bar in the dining car that serves beers, coffee, tea, water, and some sodas or juices.

On average, there are normally around 40 dishes on the menu, and it is a good idea to ask for the English menu, as the normal ones on the tables are in Chinese. Several of the cars do have some Tibetan dishes for diners, such as Stewed Yak, Yak with carrots, or a ginseng salad, although this is not guaranteed to be served on every train, the menus can also change regularly, and you may find that the dishes you had last time are no longer available. 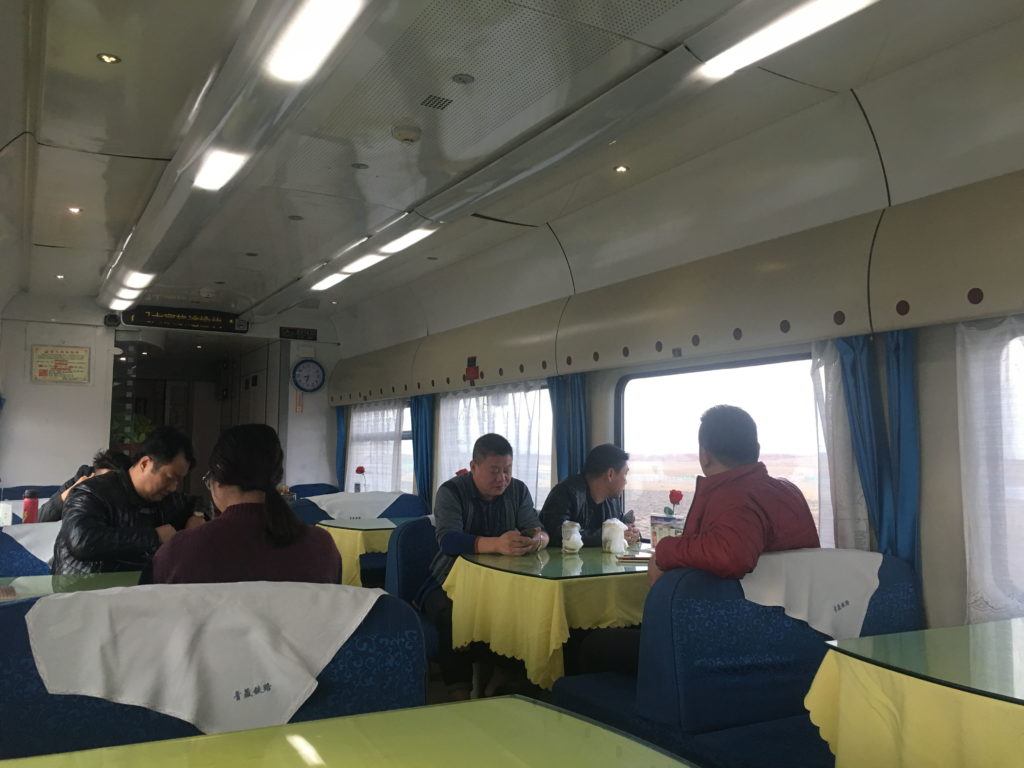 The dining car also has a selection of “set meals”, which usually consist of rice, a selection of meat and/or vegetable dishes and eggs, which are served on a single plate. The set meals are all Chinese dishes served with rice, the staple diet of China, and while a good meal for two can cost as little as 100 yuan, around 15 dollars, it is much more expensive than eating outside in a normal regular restaurant.

Bring Your own food for the Tibet train journey

If you are not a fan of Chinese foods, or you do not want to venture into the dining car when it is busy, you can bring your own food with you, and eat in your cabin. It is not advisable to bring food that needs to be cooked, as there are no facilities on the train for cooking, but snack meals, such as pot noodles or packet foods that can be prepared with boiling water are an ideal option. Ideally, if you are bringing snack meals, only bring ones that use hot water, and not microwave meals, as there is also no microwave available for use.

Breads, cakes, fruit, nuts, and other packet snacks are also a good idea, as they can help you to keep up your energy while traveling, and make a great snack between meals if you get hungry, even if you are eating regularly in the dining car. Boiling water is available from the dispensers in every carriage, usually at both ends of the carriage, 24 hours a day, and can be used for your meals that need hot water to prepare them or for tea and coffee. If you drink coffee, then bring along some packets of instant coffee that are good for one cup, so that you can have coffee whenever you like, the dining car does serve coffee, but it is just instant packet coffee and will be more expensive than you buying it before you board.

As well as providing meals in the dining car, the staff of the train also have trolleys that cover the length of the train at meal times, where you can buy prepared hot meals served in Styrofoam bento boxes, and which are usually just Chinese dishes and are set meals. Each set box meal costs around 20-25 yuan (three to four dollars), and the selection is often limited. The trolleys that come around regularly also sell packet meals and pot noodles, as well as snacks, both local and western, including corn chips, granary bars, chocolate, and chips. Fruit and nuts are also available for those that want a healthier snack option, and there are plenty of high-energy snacks as well.

At the major stations along the route to Lhasa, the trains do stop for a few minutes, though not for long enough to get out and explore anything, However, most of the stations have food and snack vendors on the platforms that sell their snacks and foods to the train passengers, and you have enough time to get off and buy some snacks or food before the train departs again. This can be a little cheaper than buying the snacks on the train from the trolley, though usually not by much. However, the train from Xining does not stop at any stations that have vendors, so it is essential to buy before you depart. 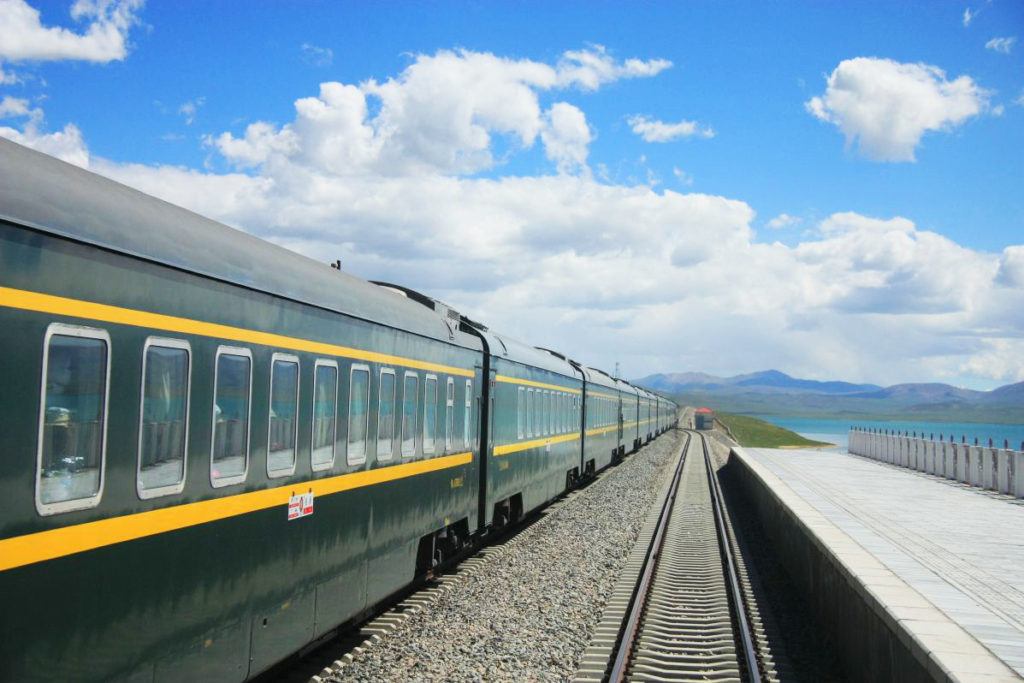 Drinks, such as water, soda, fruit juice, etc., are readily available from both the trolleys and the vendors on the station platforms, although the prices are usually a lot more expensive. If you are traveling for a long journey, it is a good idea to bring along plenty of bottled water for the trip, to save having to buy the expensive water bottles on the train. Bottled water in China can be bought in a variety of bottle sizes, from small 500ml bottles to big 5-liter containers with carry handles. These can be kept in the cabin and used to fill your own drinking bottle for personal use. If you want to drink sodas or fruit juices, buy the bottles or cans before you depart to save money, as they are a lot more expensive on the train. Local beers are also available on the train, but it is not advisable to drink at higher altitudes as it can increase the risk of altitude sickness.

Traveling by train is an adventure in more ways than one. The dining car on the trains is worth trying, as the food is good, though not up to the standards of the classier restaurants. It is both nutritious and tasty, and Chinese food, with the large servings of rice, is very filling, so it is best not to order too much to start with if eating in the dining car. You may find you have more food than you can eat. It is also nice, if there is a group of you, to order different dishes to share, to try the variety of food available.

Try to get your snacks before you board the train, or you could end up paying more than you expected. The trains do not have any set regulated price for most things, so they can charge whatever they decide to. Most of the soft drinks from the west can be found easily in the shops in China, such as Coke, Mountain Dew, 7-Up, etc., so you can save by buying things in advance of your journey.