If one thing is certain, you can’t help but have fun! The Masskara Festival is one of the Philippines’ most vibrant festivals. We made it to the 2013 event to enjoy amazingly colourful masks, street dancing and a carnival spirit that would seem more familiar in South America.

The festival originated out of sorrow as a way to cheer up the local population. In 1980, after a massive economic downturn and a ferry crash that claimed hundreds of lives, the people of Bacolod were not to be downhearted. Instead they created one of Asia’s most kinetic and colourful events, a must see for travellers to the Philippines in October.

The highlight of the 20 day festival is held on the final Sunday of the event (In 2013, on October 20th). In this final competition, each “Barangay” (The name for an administrative district) competes in teams of 50 or so people, each with masks, costumes and their own choreographed dance moves! Judges choose the winning teams based on their costumes and the quality of their dance performance. 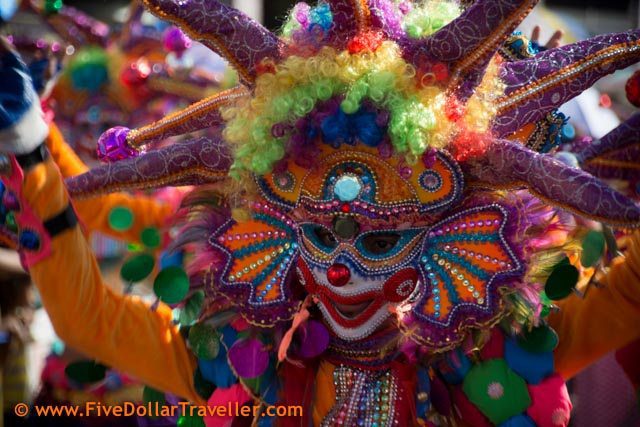 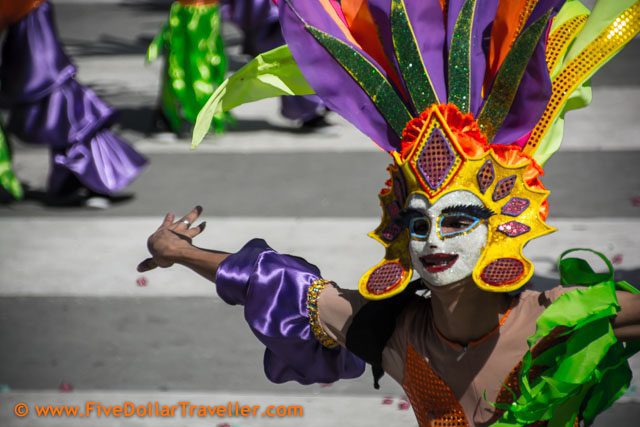 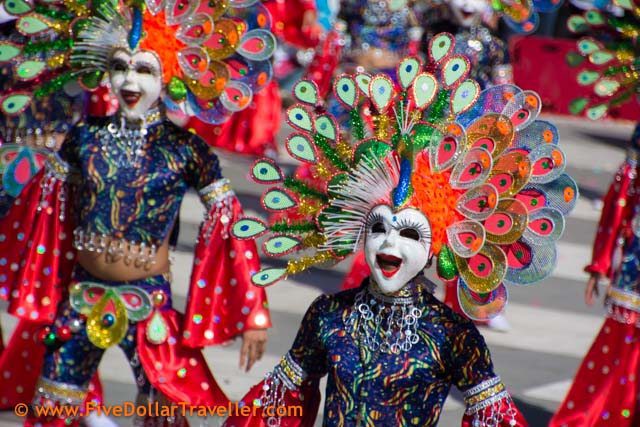 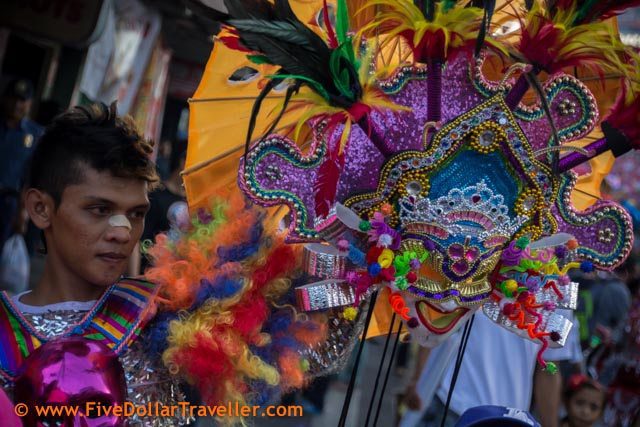 Holding his mask in Triumph! This team took 4th Place (out of 19 teams). 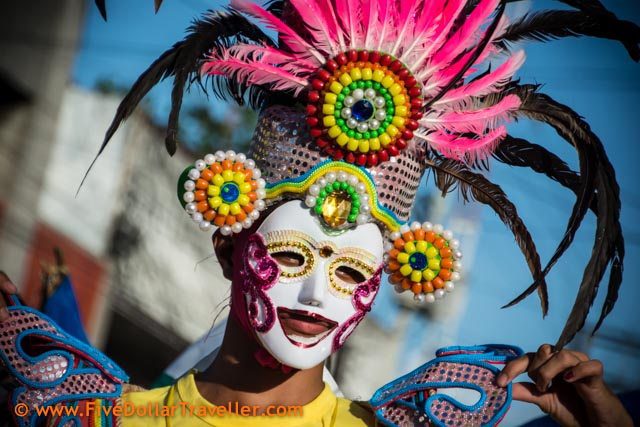 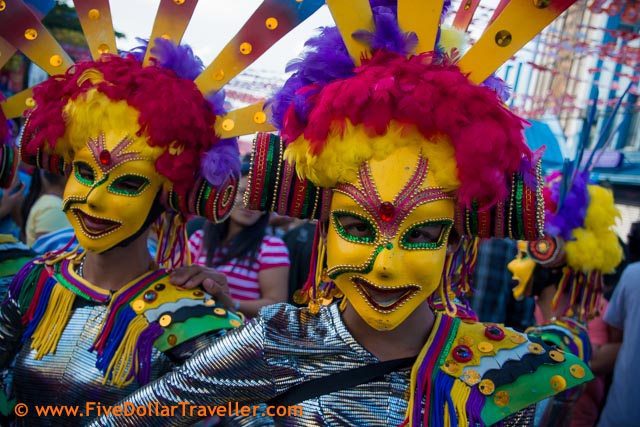 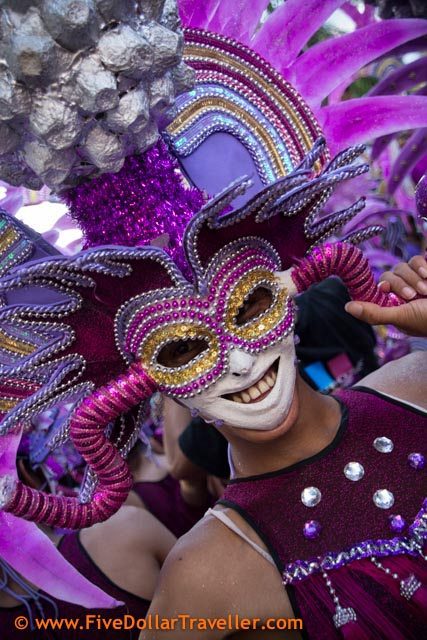 Show us those pearly whites… 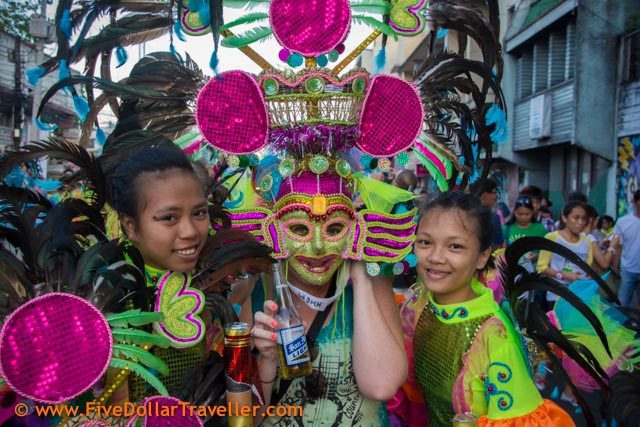 Megsy couldn’t help but grab a beer, steel a mask and get involved in the parade! 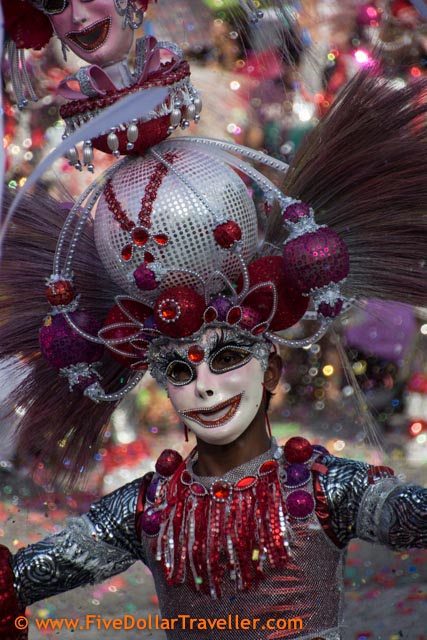 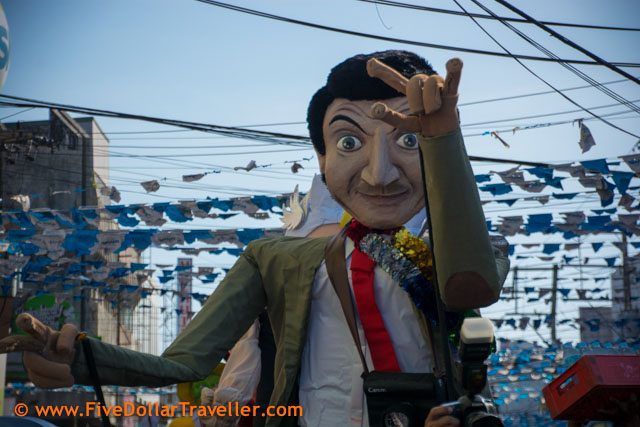 Masks were not the only thing on parade. Mr Bean made it along to rock out too! These are known as “Gigantes y cabezudos” (Latin for Giants and Big Heads). 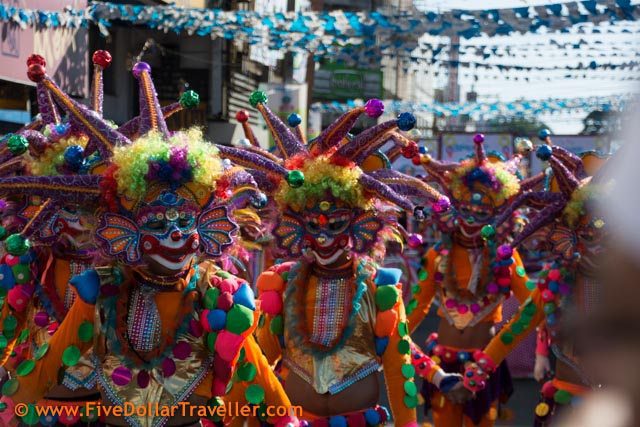 The insane clown posse! Maybe not as menacing as the original, but for anyone afraid of clowns it was time to run and hide.