Pad Thai History – The story of the Thailand National Dish. Pad Thai has become an essential part of Thailand Food Culture, both domestically and around the world. But the history of Pad Thai is much more recent than you’d expect…

Below, discover the surprising history as well as where to eat the most famous Pad Thai in Bangkok.

Listen To our Pad Thai History Podcast Below. The Full episode contains the history, facts, and stories surrounding the Thailand National Dish: Pad Thai. Most importantly, it’s a fun and informative exploration of Pad Thai.

In This Podcast You’ll Learn about:

THE BELOW CONTENT IS NOT A TRANSCRIPT – It’s a companion and bonus material ONLY.

Where Is Pad Thai From? Thailand National Dish – Pad Thai

Pad Thai Is The National Dish Of Thailand and the dish was invented in Thailand probably in the 1930’s (though some sources claim a proto version of Pad Thai might have existed long before it’s official creation date). 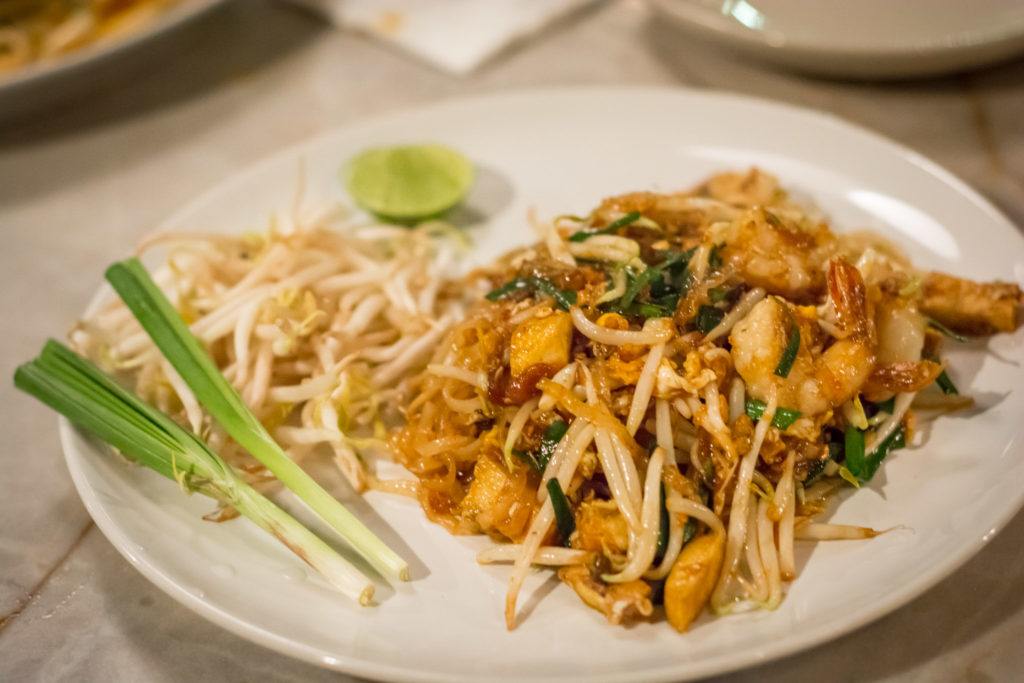 It’s not typically a spicy dish, but varying amounts of chilli may be added to heat it up a little more.

Newer and international versions of Pad Thai may include chicken or whole fresh shrimp, or any other small pieces of meat.

Not all ingredients in a Pad Thai are endemic to Thailand. Such as peanuts, which are a new world ingredient from the Americas, now grown in SE Asia too. In the full podcast episode above, we investigate the ingredients and cooking methods used in Pad Thai to learn how this dish has evolved into Thai culture from international influences.

You might think that Pad Thai is an ancient dish that has been handed down from generation to generation… but if you know anything about this podcast you’ve probably guessed that this isn’t the case at all. In fact, Pad Thai is probably the outcome of a competition of sorts, held in the 1930’s…

A Lieutenant Colonel by the name of Plaek Phibunsongkhram, aka “Phibun”, conducted a military coup in the 1930’s and took office as prime minister of Thailand. His mission was to make Thailand a famous country on the world stage, and to bring standards for the people of Thailand closer to those in Europe.

One part of this mission was to create a national dish that could be seen internationally as quintessentially Thai. Another big change he made was to rename the country from “Siam” to “Thailand.

So, Phibun ran a competition to create a dish that would focus on ingredients easily available in Thailand and that could be cheaply, simply and quickly prepared by chefs all around the country. The winner of the competition was, of course, Pad Thai!

Phibun set about enforcing Pad Thai upon the people to grow it’s popularity rapidly. Fortunately, the Thai people loved it! He even had recipe cards printed and distributed around the country and forced vendors to include it on their menus.

Listen to the podcast above to learn more about the controversy surrounding the history of Pad Thai.

One of the oldest, popular and most famous Pad Thai’s in Bangkok is still served street side every night to hundreds of locals lining up to feast on the delicious Thailand national dish. 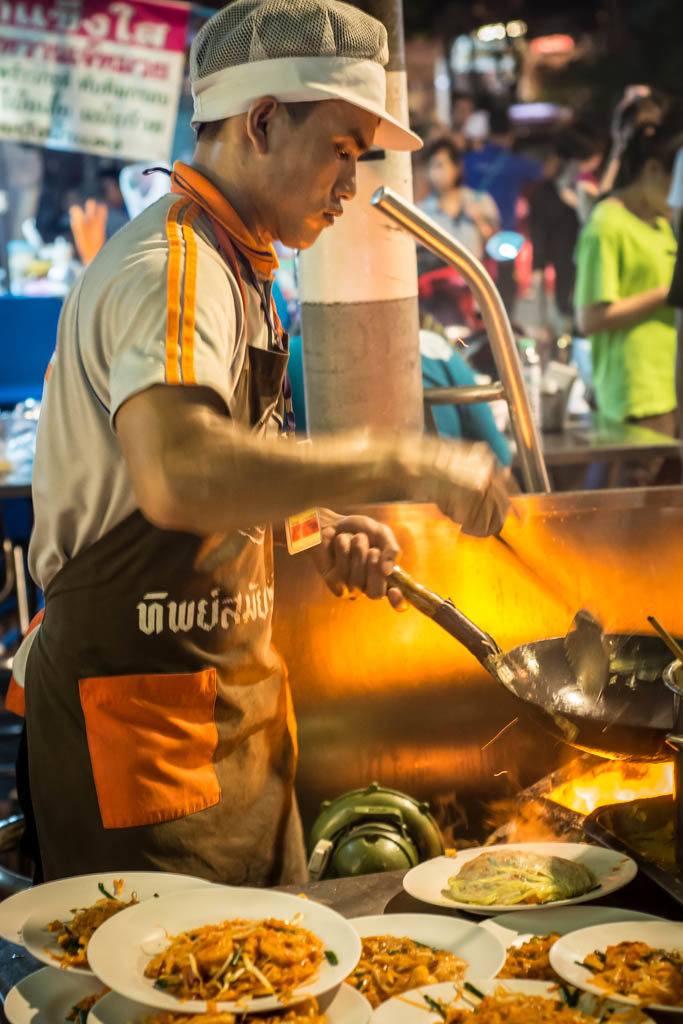 Try the most famous Pad Thai in Bangkok a Thipsamai Pad Thai. As well as the original classic pad Thai, also try the pad Thai wrapped in an omelette.

But the best Pad Thai we ever had was at a small restaurant at Erawan Waterfalls – right in the car park – back in 2011. We don’t think it’s still there, or if it is, it’s not on google maps. But if you happen to visit Erawan waterfalls (which are a stunning group of waterfalls all in one national park), then try out a Pad Thai at one of the restaurants. Hopefully, there is still someone there making it right. 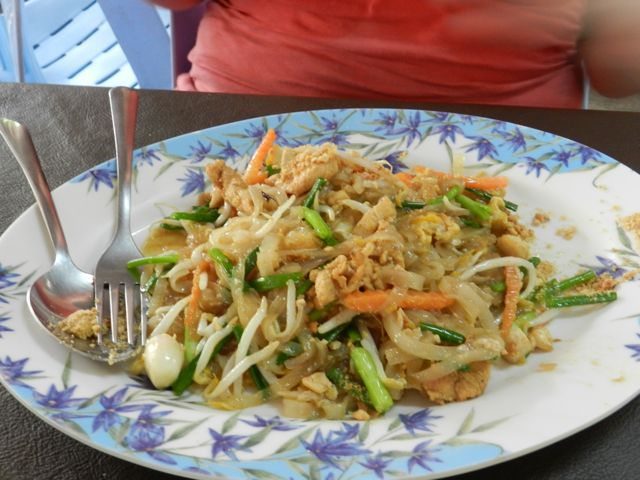 What Is The Dish Food Podcast?

Foods Of The World – A Travel & History Guide

“The Dish” is Light-Hearted Food Travel Podcast Which Uncovers The Stories Behind The World’s Most Famous (& Best!) Dishes – And What To Eat In Destinations Worldwide.

Join food travel experts Tommo & Megsy from foodfuntravel.com (Who have eaten their way through 90+ countries) and their expert guests, for tasty facts, foodie secrets and more! We even sometimes visit the destinations to meet the locals and eat the dishes, right from the source. Even when we can’t visit and record in person, almost every dish we describe is from a destination we’ve visited in the past to try.

* Early Access To New Episodes
* Patron only bonus Mini Episodes
* Increase our budget which = Better equipment, better sound & editing
* More Episode Releases – We can devote more time to making podcasts, rather than our regular blog business activities
* Our eternal gratitude & you can feel good that you are supporting the show you love!