Why would you want to go anywhere in off season – the weather is shit right?

You wouldn’t believe how many times we have heard this from people.

No matter how much we protest, still, people think that the reason it’s called an off season is because it rains all day, it’s cold and miserable and an all round shitty time of year. Yes, for some places this can be true. But that’s not always the case…

We recently spent and entire month housesitting on the Algarve Coast in Portugal during February, a month considered ‘off season’. And we found it to be a piece of paradise. Sure it was too cold to go swimming, but the days were sunny, the water was sparkling blue and we had the views all to ourselves.

This is what the Algarve coast looks like in Summer time: 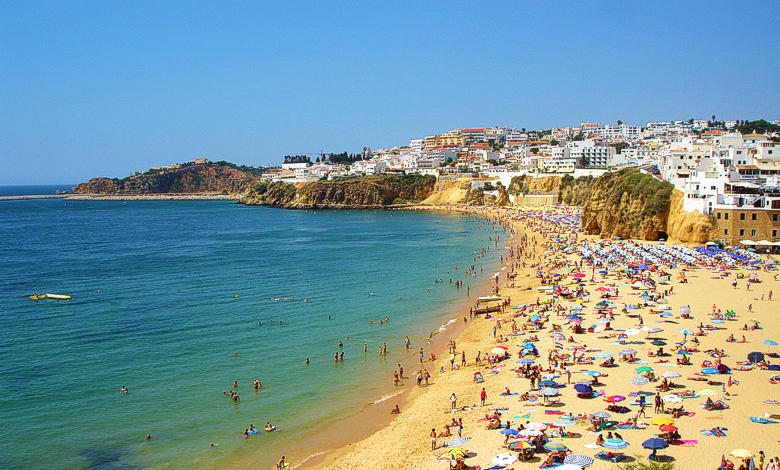 This is what we encountered in ‘off season’… 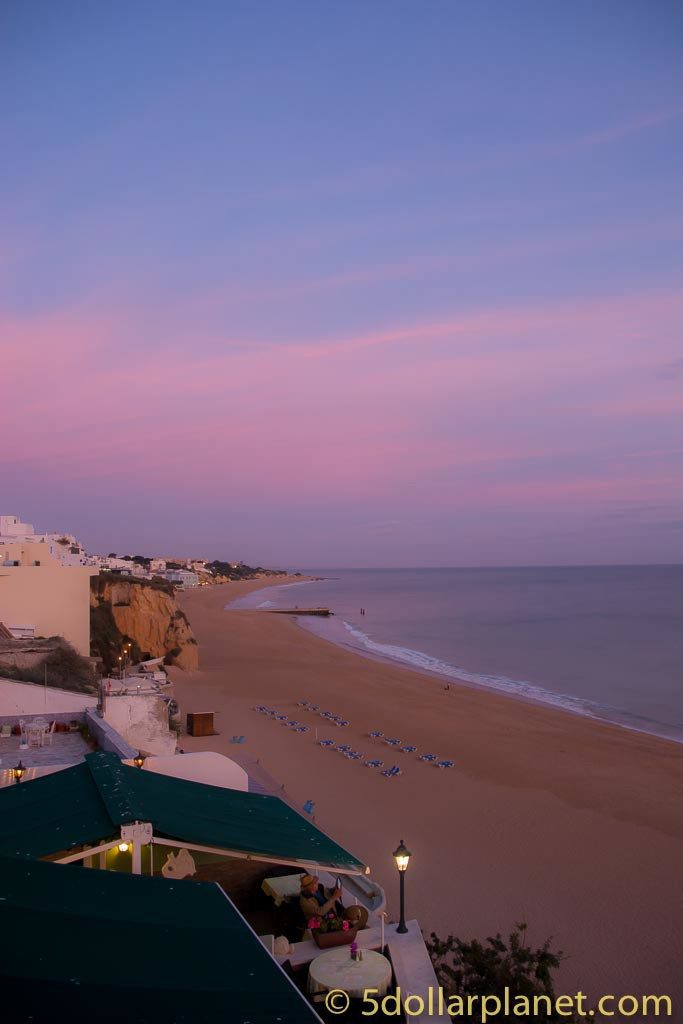 Quite a difference in sun loungers littering the beach, isn’t there….

Why do we like to travel in off season?

So here are the pictures we took of our time in Portugal during off season. And if by the end you’re not convinced to visit the Algarve Coast in off season – I don’t know what will.

Places in Portugal: 15 Photos to inspire you to visit the Algarve Coast in Off Season. 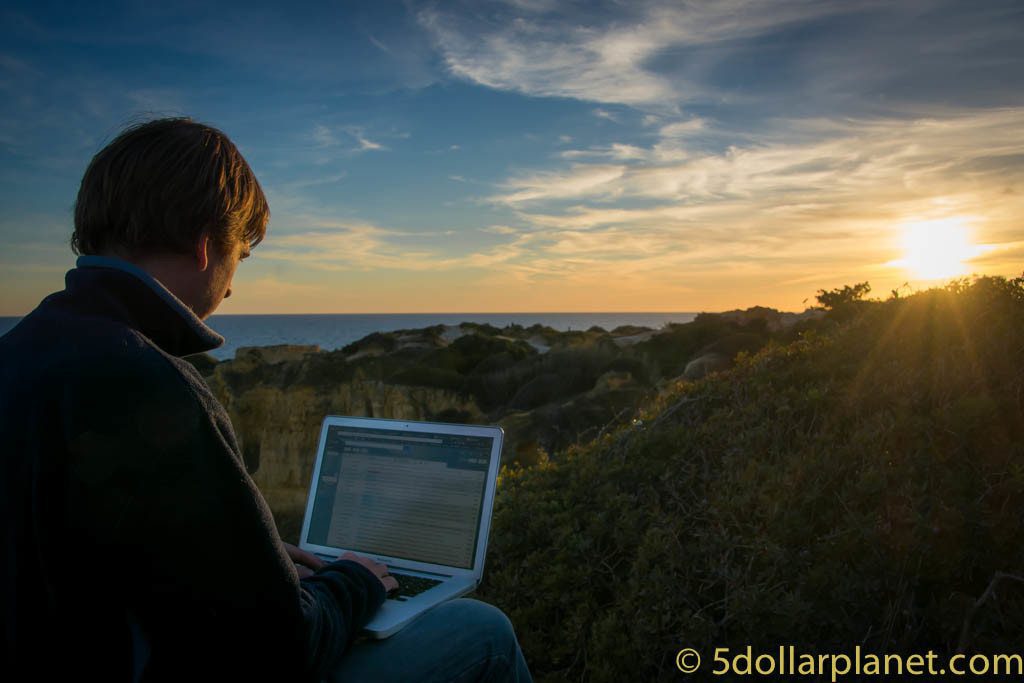 Some nights were a little chilly, but as the month went on, the days became longer, the weather warmed up and we were out and about in t-shirts and shorts.

Note to non-Europeans reading this. At this time of year quite a few people like to continue to work on their tan – their all over tan if you get what I mean. There was a few testicle spotting’s that I wasn’t prepared for – beware of the bollocks ladies! 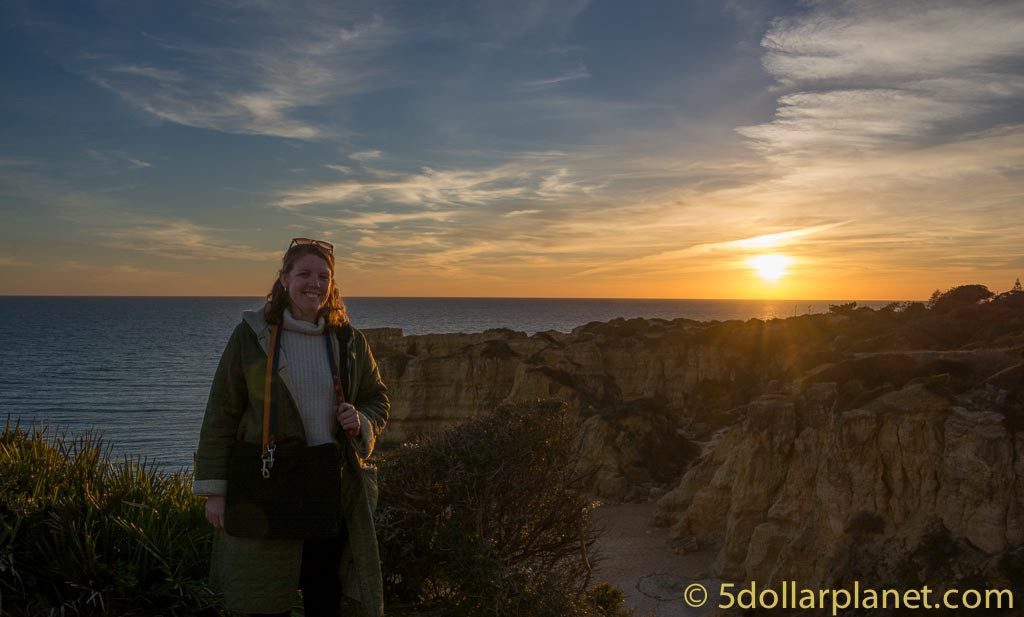 Because it was quiet we were allowed to take the dogs for walks on the beach. I think they enjoyed having the sand between their toes/paws more than we did. During this housesit we were lucky enough to have access to a car, so we would venture to a few different scenic spots along the coast line, each more stunning than the last. 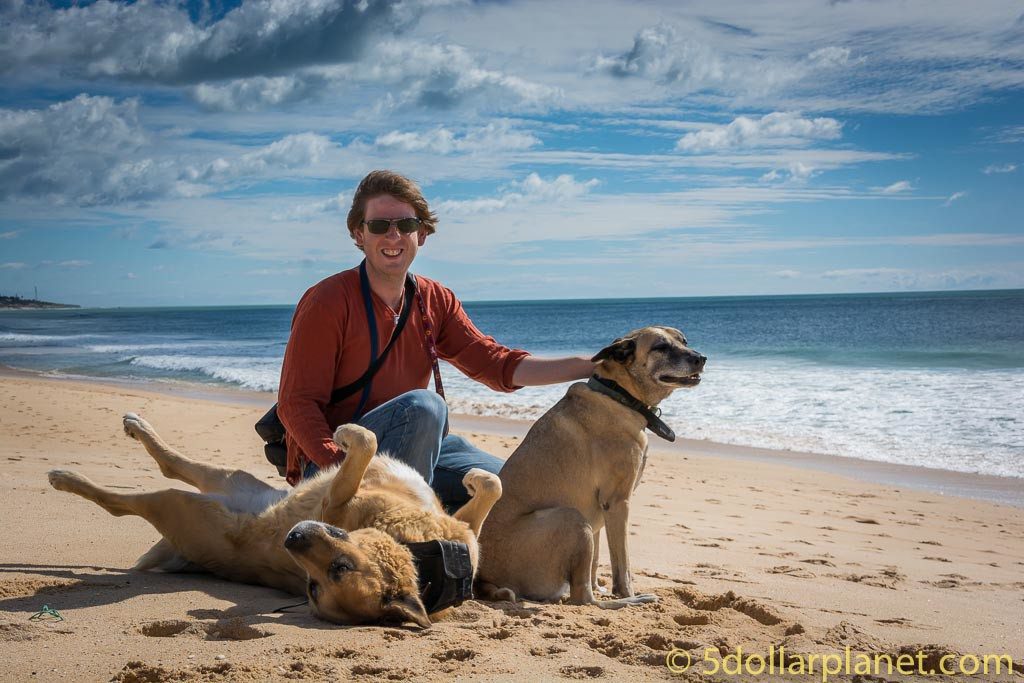 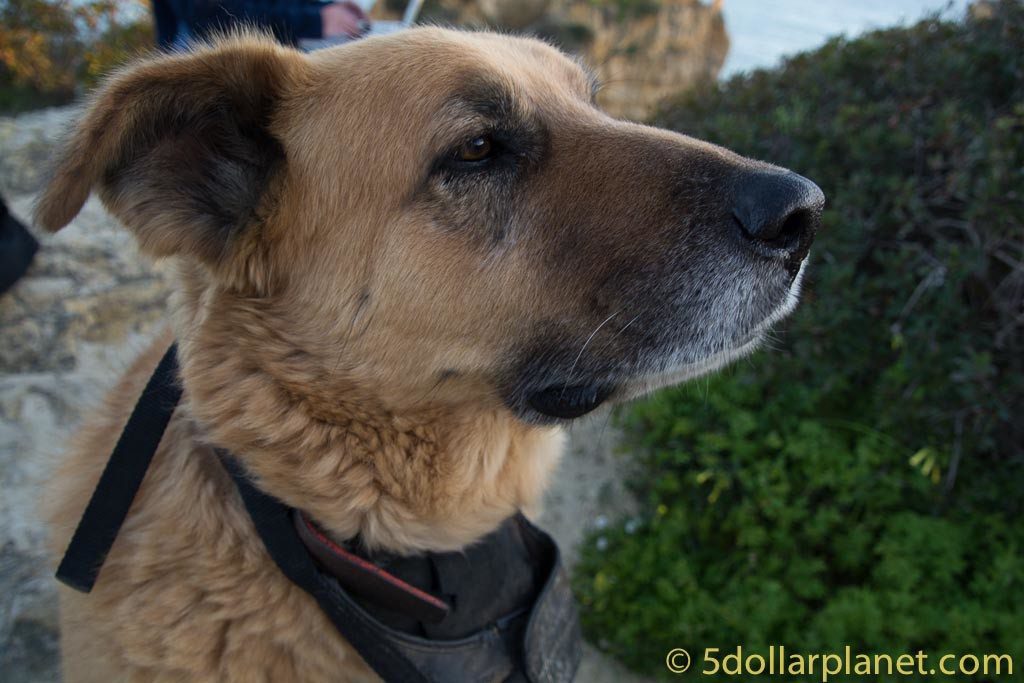 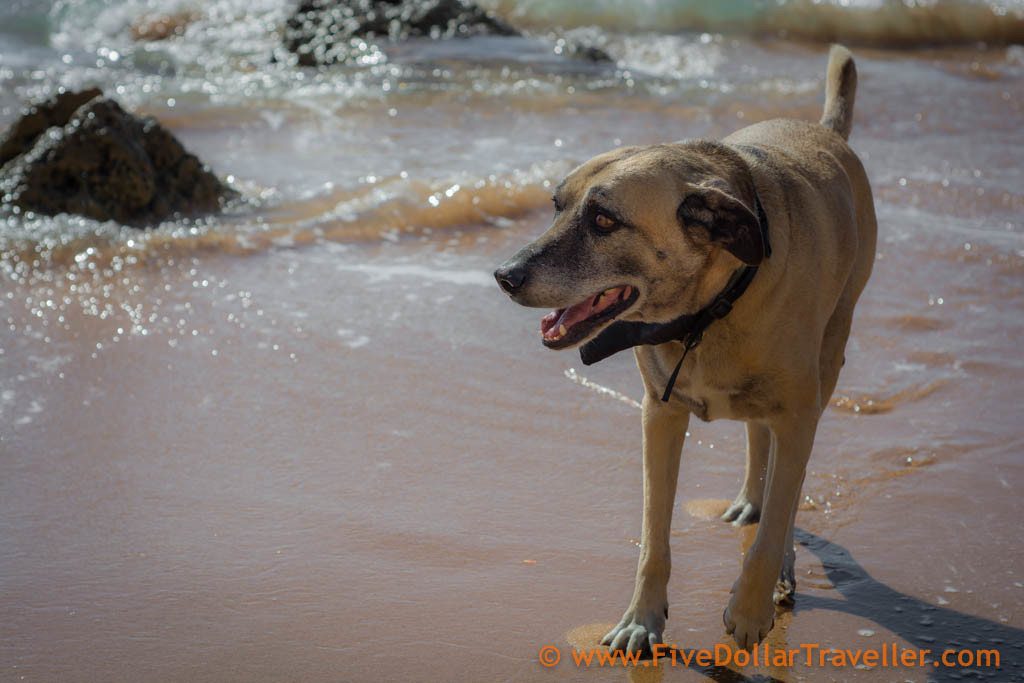 You can enjoy a tostas, chips and a beer with a view of the ocean. Without having to hustle for a good seat. 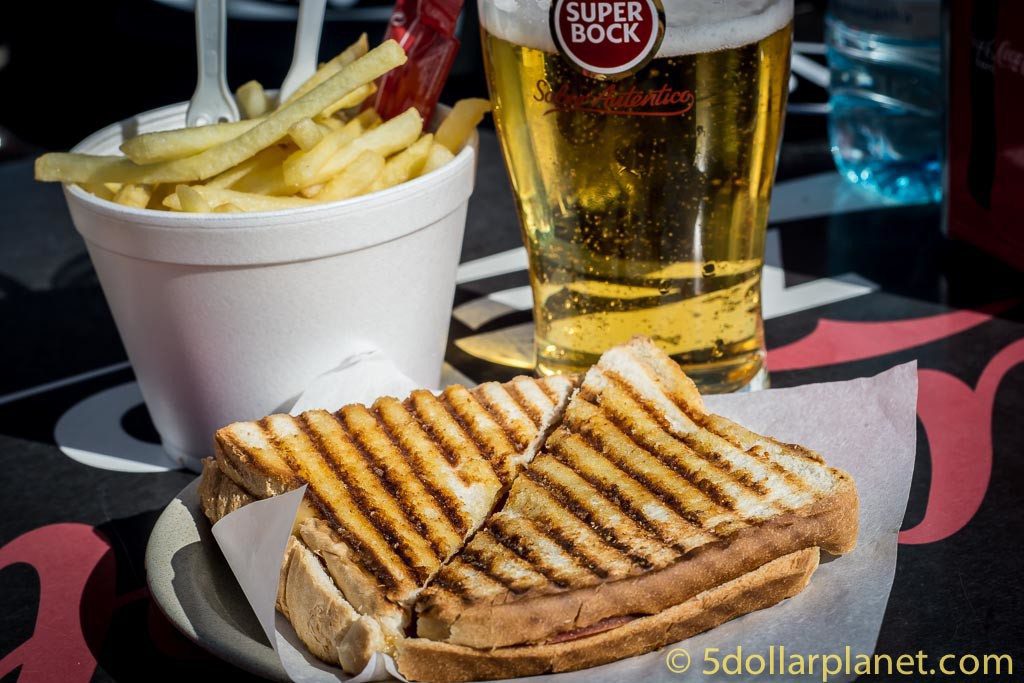 Below you will see the evidence of sunny skies and crystal blue water – see I wasn’t kidding! It was like this day after day. Sure there were a few crappy days thrown in there, but overall the weather was stunning.

Tom & I can’t figure out why English people come to Portugal on holiday in the summer when it’s actually good weather in England, yet stay in England in the winter when the weather is shocking. Visit Portugal in the winter people! 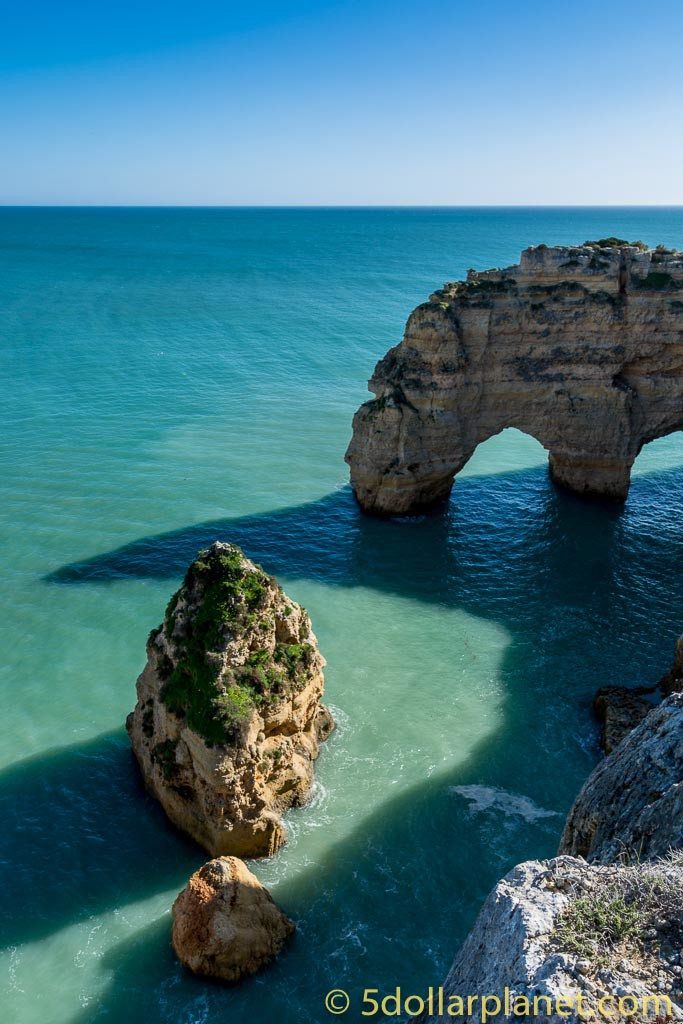 I don’t know if Portugal just has amazing sunsets all year round? But they were spectacular over and over again while we were there. 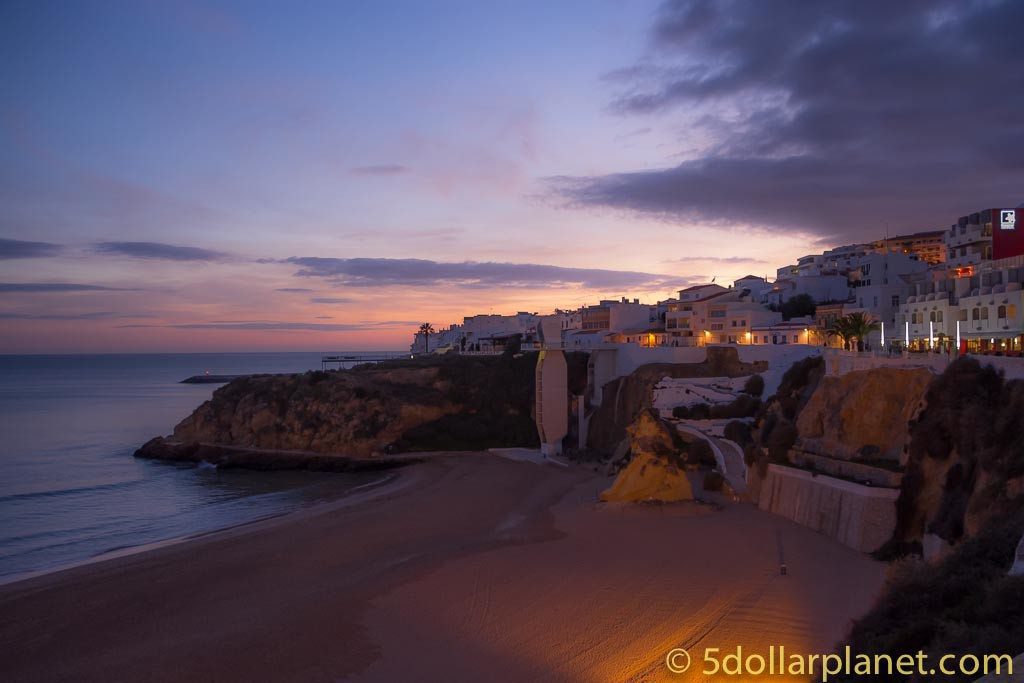 Not another tourist around for miles….

How often can you get a photo like this without another tourist walking into the shot? Practically never. This day I think we ran into 5 people in total. 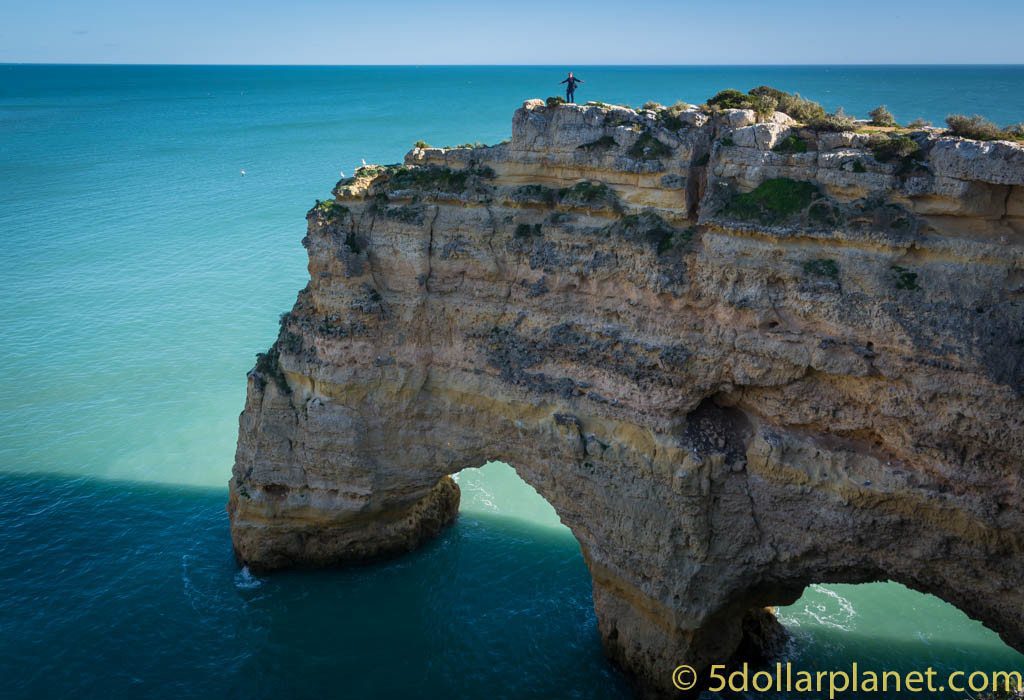 Get a more local experience.

We were told that in the summer months many locals get out of town because it’s too crowded. We got to meet the locals and their umm chicken (such a poser). 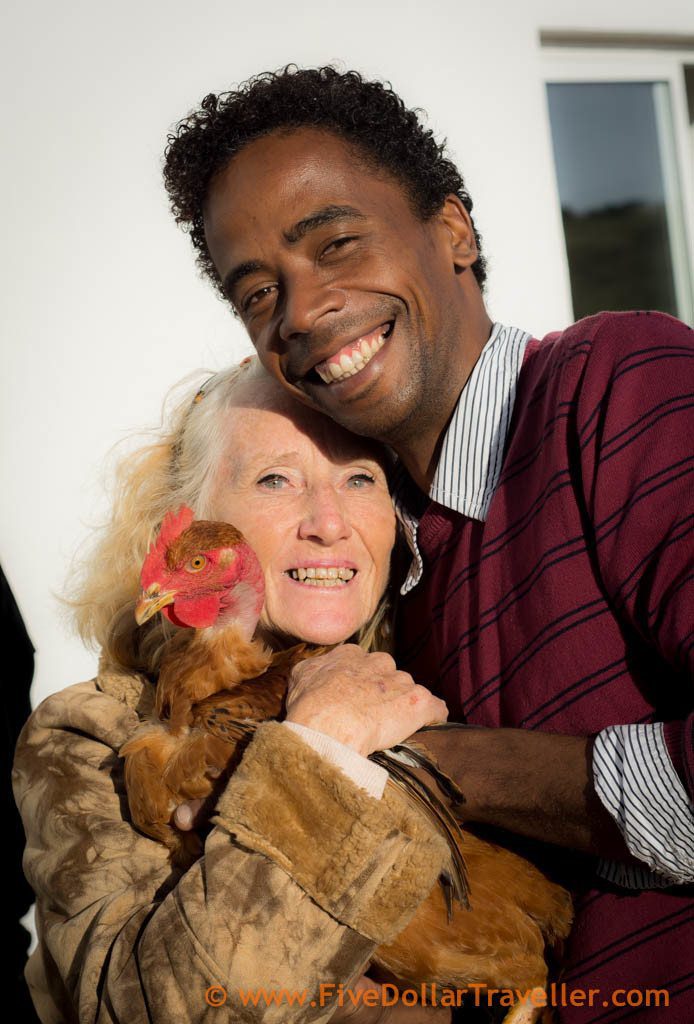 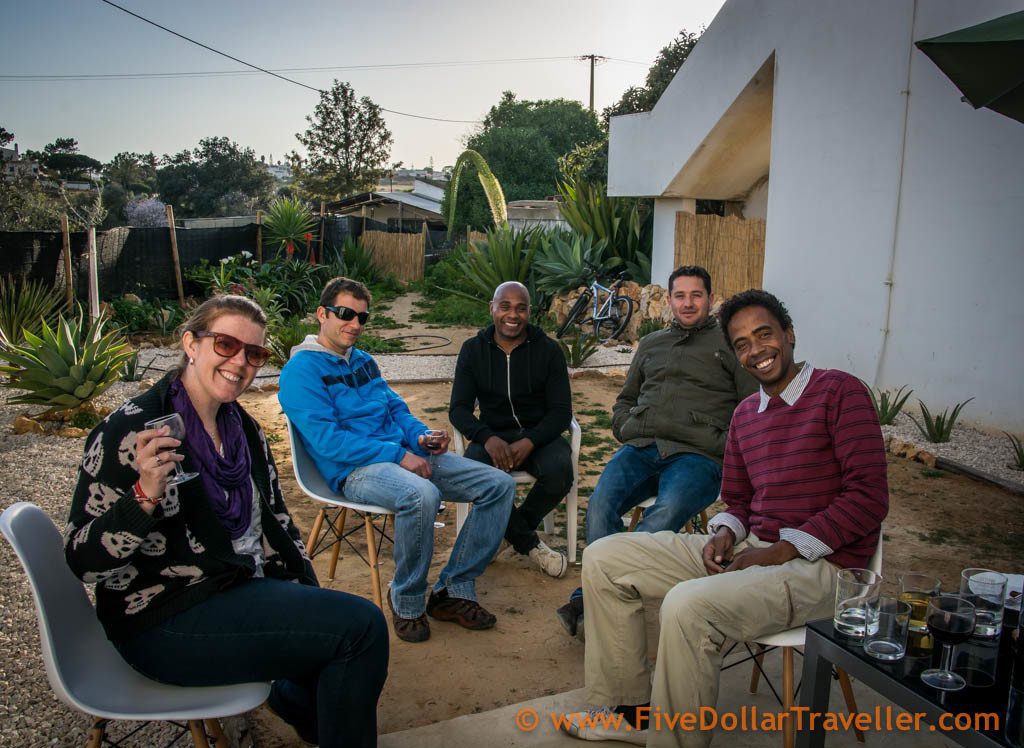 And through this meeting, we learned that this shot of alcohol was a traditional option after an espresso in Portugal. If we hadn’t met some of the locals, we may never have known this – or got quite as shockingly drunk on this particular day…. 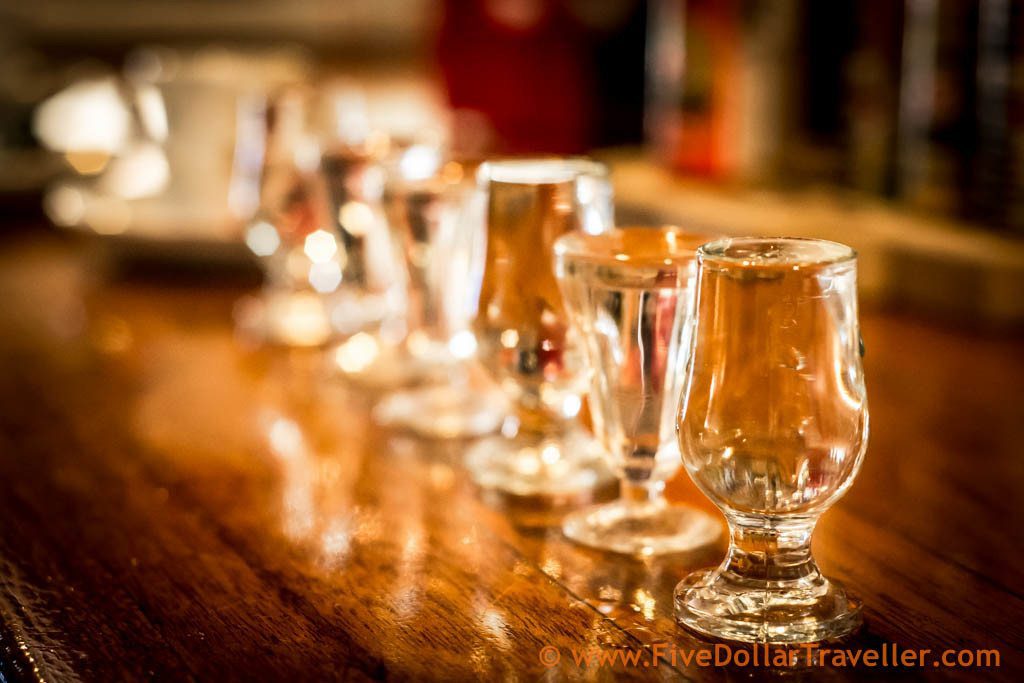 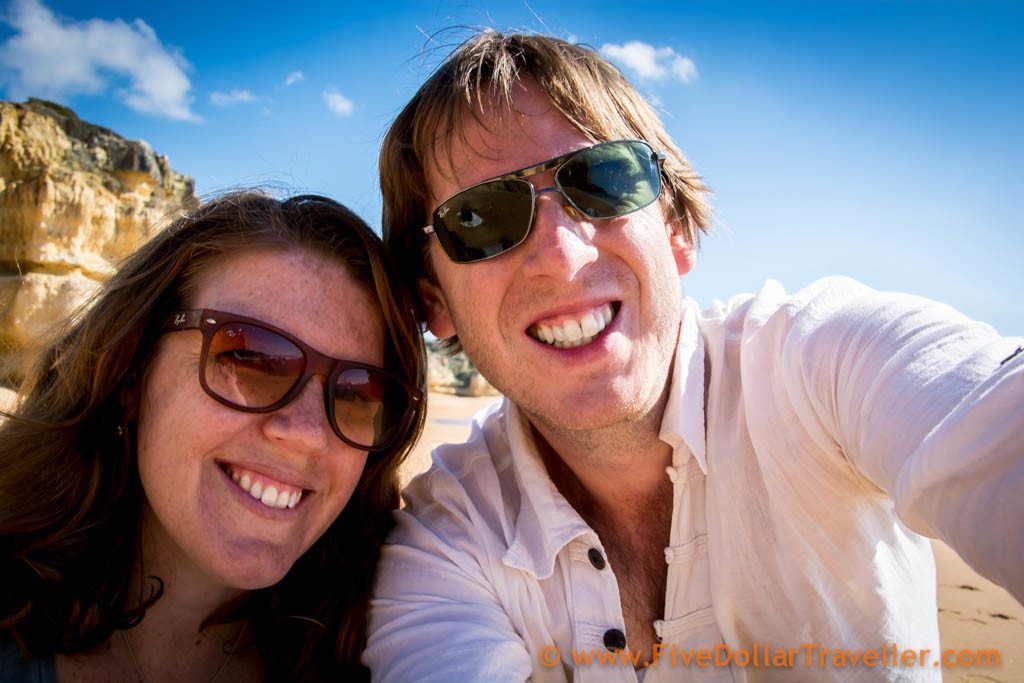 We were in Portugal in the middle of winter, and still had high’s of 23 degrees Celsius during the day and low’s of 9 degrees at night. So rather than being rugged up, stuck inside the house, miserable, because let face it – winter is shit! Instead we were outside, walking the dogs, basking in the sunshine and drinking copious amounts of local port… 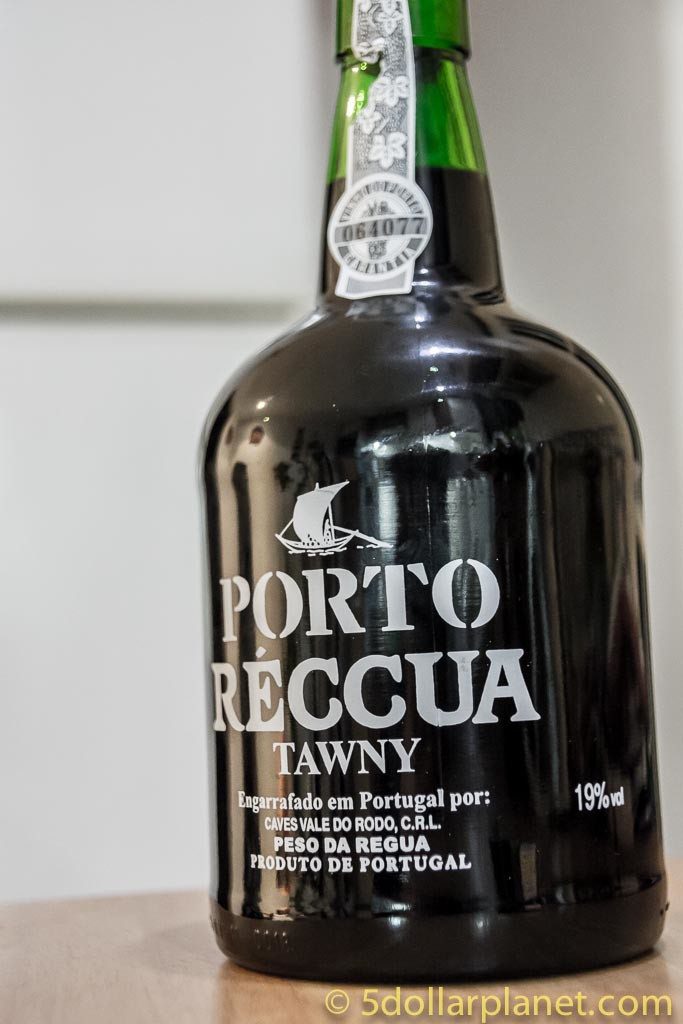 But our tales of food and booze in Portugal is for another post boys and girls….Trust us you’ll be drooling over that one! Coming Soon…

Looking for hotel options around the Algarve Coast? We recommend HotelsCombined. They have a great selection and help you get the best possible price! 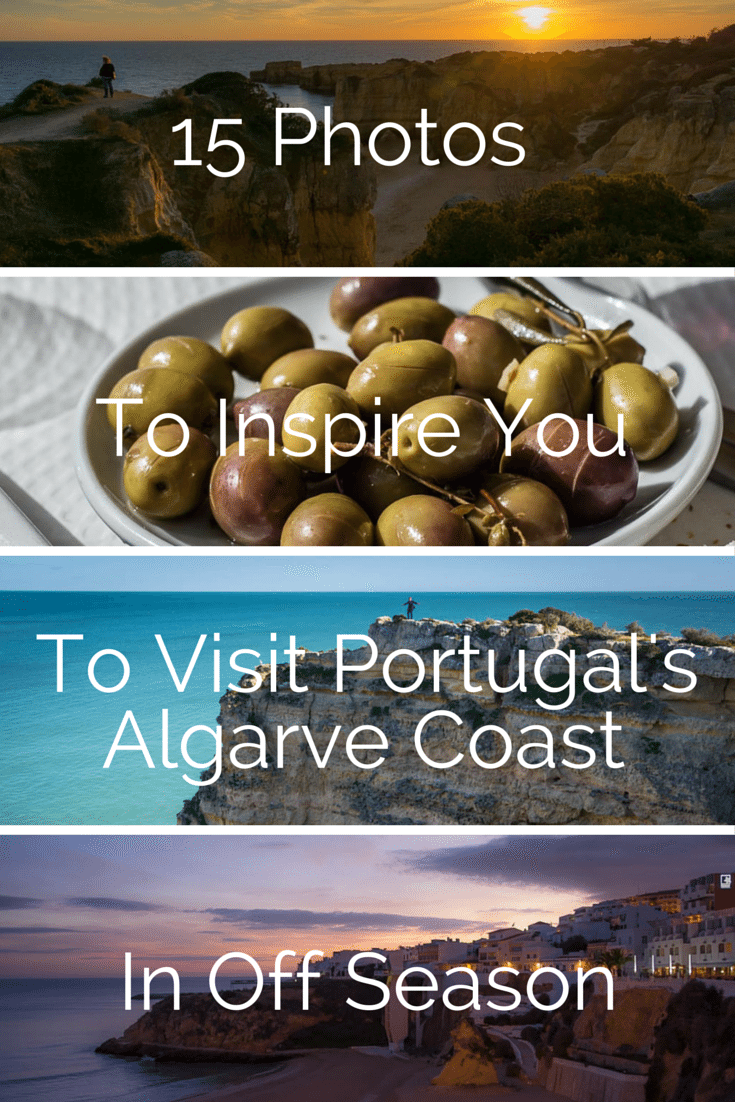 Do you know a secret little place that’s amazing in off season? Let us know in the comments.