We’ve all seen the headlines. You don’t need to read the whole story to get the gist of what’s happened.

Even though you haven’t delved into the details, for some reason it still seems to stick with you – always in the back of your mind. It’s ready to pounce when you are planning your next trip: “Oh, remember there was this bus crash here” or ” we can’t go there, the gangs are out of control” or “better stay clear, I hear they stab you over singing bad karaoke”.

Information today is available in so many forms it’s hard to ignore. But why do travel news headlines today all seem to focus on the doom and gloom? All you see is rape, theft, drugging, suspicious food poisoning, kidnapping etc. It’s obviously something that would concern anyone considering travelling to a foreign country.

These days  travel anxiety is everywhere in society. Fear of flying, fear of getting sick, of being robbed. Even the fear of getting some flesh eating disease while abroad can make any normal person decide to lock all their doors and stay home on the couch for their holidays.

Where does this fear of travelling come from?

A survey in Britain revealed that “57 per cent of Britons have taken a break in the same destination, resort or hotel three or more times. Around 80 per cent of travellers questioned said they had returned to a place at least twice” (Daily Mail). Is this because we as humans seek out the familiar? Or have we lost the nerve to travel to exotic unknown destinations due to “fear” that’s being perpetuated by today’s media?

In March we head to India to travel for 2 months. Even though I will have Tom by my side for the entire time as my “husband” there is still a feeling of unease I’ve been experiencing. It’s a feeling I can honestly say comes directly from reading the news.

There has been a lot of talk recently about the safety concerns of women travelling in India and naturally it’s a subject I wanted to look into further. I decided not just take the media’s word for it. I sourced out my own information.

Let’s look at the facts:

According to the United Nations Office on Drug & Crime , for every 100,000 in population there was actually more women raped in the United States than in India. So why are we not rethinking our travels to the US or even Sweden, New Zealand or the UK which also ranked high?

As horrible as these headlines are it got me thinking about what these news papers will report on in order to sell a story. Why is it that doom and gloom sells? I’m not wanting to take away from the poor women who have been attacked, but with the declining quality of today’s media I don’t know what to believe anymore.

I read an article the other day that stated “Beijing Smog so Heavy City Resorts to Artificial Sunrises” – FAKE! Another article stated “Man Commits Suicide at Mall Because Girlfriend Insists on Buying More Shoes” – FAKE

And remember this one? 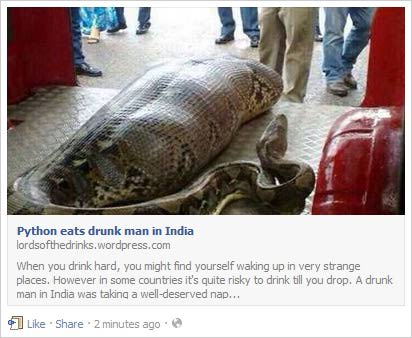 These stories were all picked up by “reputable” online news resources and sold as real. So what do we believe, especially when it comes to travel?

Before coming to Cambodia to live for 3 months, we read an article from a well known travel writer who stated (and I’m paraphrasing) if you come to Cambodia you will get your phone and camera stolen, will be ripped off and unfairly fined by the corrupt police. Many of the comments from people who had read this article stated their thanks for letting them know, as they had planned to go to Cambodia, but will give it a miss because of the crime.

After 3 months of living here we have not been robbed once nor have we felt threatened in any way. I’m not saying that it doesn’t happen but, hey, people get their phones and cameras stolen all the time back home in Australia. Don’t leave your things on the beach people! We’ve met one person who was the victim of motorbike theft… lock your motorbike.

It comes down to having a certain amount of Travel Smarts, always being aware of your surroundings. If it tastes weird – don’t eat it. If you don’t like the deal offered – walk away. If you don’t feel comfortable – leave.

Ask yourself, have you ever read an article and thought “well I’m never going there!”? Then you’ve experienced a fear of travelling, all because of one headline, article or blog post. Based on one persons experience, or a “my friend who knew this guy” story. Why are there not more happy stories being reported on?

Did you know that India is now polio free? Or that these girls are selling lemonade in the USA to raise money for the survivors of typhoon Yolanda (Philippines). 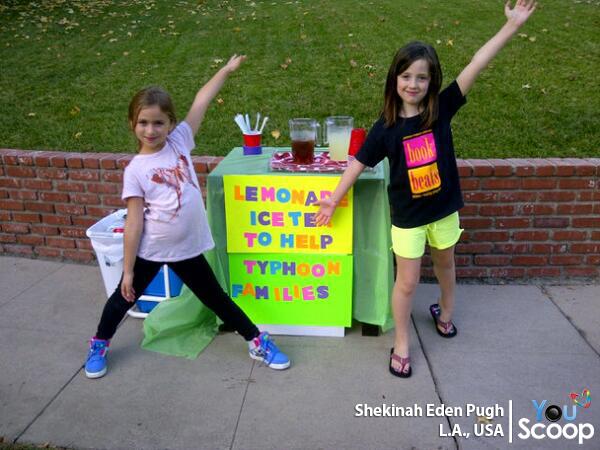 Or this photograph of a man giving his shoes to a homeless girl in Rio de Janeiro. 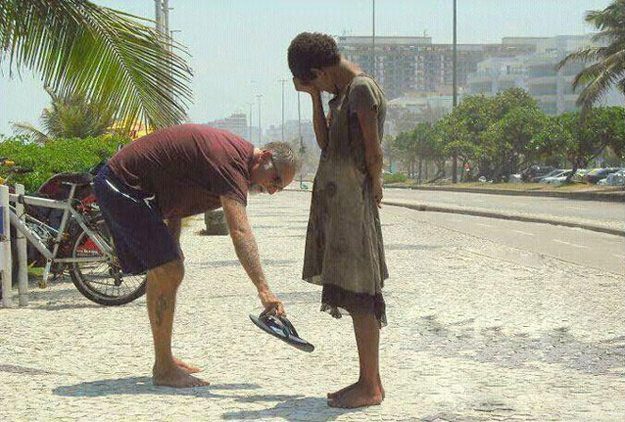 I realise that these stories do get reported on, but they rarely feature or trend in the way bad news travel stories do. It’s these stories that help restore our faith in humanity. They help us to appreciate what we have and inspire us to discover this planet and it’s people. Not fear the world.

My point is, that bad shit can happen! It can happen in a foreign country, or in the town that you’ve lived in since you were born. You can’t live your life wrapped in bubble wrap. Get out there and live, learn, discover. Close your newspaper, ignore the sensational internet headlines and do some real research as to where is safe and where isn’t based on facts rather than stories.

Be smart, and don’t let a fear of travelling stop you from seeing the world.