FUN FOR A FIVER (FFAF). Thats right, nothing on this list costs more than $5 per person. After over a year living in Brisbane we have searched out fun on a budget, and these are our top 10 favourite things for first time visitors with no money. 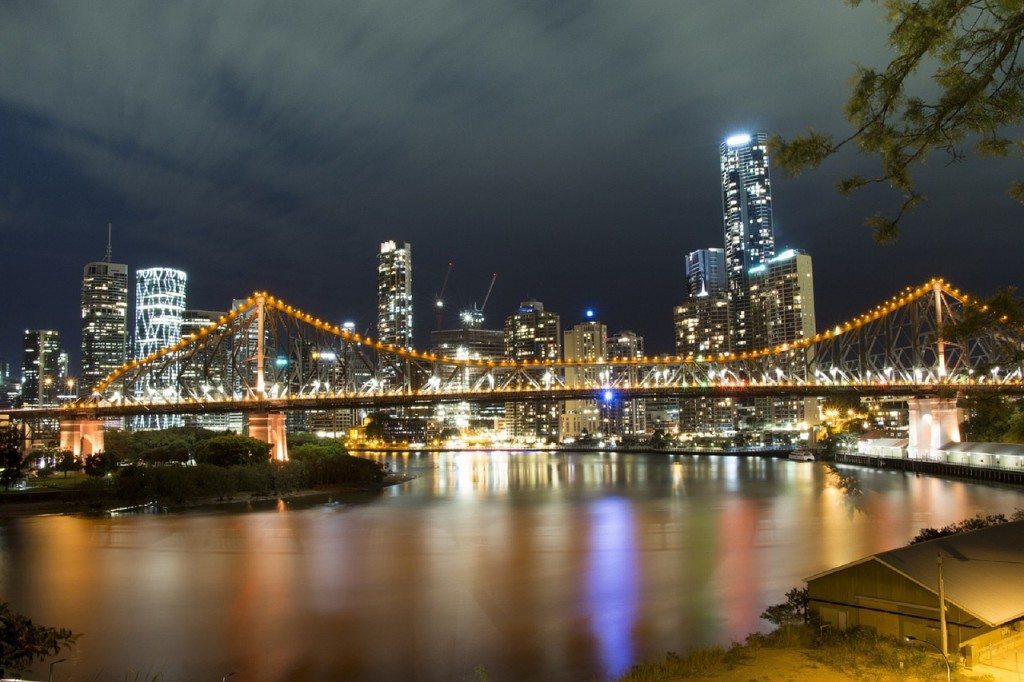 Why pay $50 or more for a river cruise when you can just take the city ferry for under $4? Cruise the whole length of the river for that one off fee. The best section is from the Powerhouse to Southbank which takes you past The Story Bridge, Kangaroo point, The High rise CBD and Southbank itself. Plenty of space on the open deck for sight seeing and photography.

With a wide selection of museums and Galleries all in one place, Southbank is the cultural hub of Brisbane. Free exhibits at most of the museums: From Science to local history, Dinosaurs  to traditional Aboriginal art, there is enough to keep you occupied for a couple of days.

Bike paths stretch along much of Brisbane River. City Cycle lets you sign up online and pay $2 per day, which includes unlimited 30 minute rides (you get charged if you don’t sign the bike back in within 30 minutes) which easily gives you enough time to, for example, cycle from central station, through the botanic gardens, across the footbridge and along Southbank to the museums! Read the full details on The City Cycle Website. If you are planning on staying in Brisbane for a while you can sign up for a cheap 3 month subscription and use your “Go Card” (Brisbane Transit Card) to collect bikes.

The two best parks in Brisbane as these feature lots of the endemic Australian species, rather than just being a big field with BBQs… And they are both very central. A great way to spend a peaceful afternoon away from the noise of the city.

5. FOOD FOR A FIVER: At Tipplers tap near Fortitude Valley – Share 1 KG of Chicken Wings for $10 (With Blue cheese sauce!)

Thats a lot of wings! Feeds 2 or 3 people, or pick up a delicious 3 cheese toastie for $5. There aren’t many places in central Brisbane where you can have a sit down meal for $5 a head. The one catch with this place is that its a craft beer pub – so you may go in for cheap food and end up spending on expensive beer, but hey, its tasty beer!

6. ENTERTAINMENT: Funny For a Fiver: Free comedy at Brisbane Powerhouse

The comedy is on every Sunday night, and free live music (world/jazz and others) on Saturday afternoons. Check out the Brisbane Powerhouse website for specific details and current events.

Obviously shopping can end up costing more than $5… thats up to you. The main draw of the West End Markets though is its free to enter (some markets in Brisbane actually charge!) and we’d say its the best free market in Brisbane with everything from cheap fruit and veg to arts, crafts and vintage vinyl records! Its a great vibe every Saturday at Davies Park, West End.

There is an artificial beach at Southbank so you can swim in the centre of Brisbane without being eaten by the sharks that live in Brisbane river! It gets quite busy during sunny summer weekends, but at quiet times its a great place to hang out for free without having to get to the beach (Handy if you don’t have a car whilst travelling). 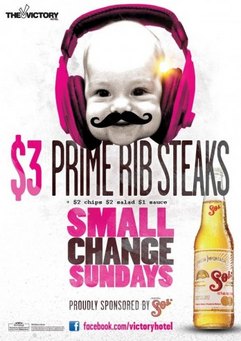 Drinking in Australia is not a cheap business… however, $10 jugs are relatively common around Brisbane but because of the Queensland government they are not allowed to advertise them online!! So finding them comes down to word of mouth, or phoning the venues to check the details. This doesn’t make it easy for travellers to find out whats happening…  Look out for advertising code such as “Student nights”, “Small change”, “cheap nights”. Here is a short list some of the bars where it happens but there are many more…

Down Under Bar , Edward St. (backpackers bar at “Base” in central Brisbane often has $5 pints and other offers)

Brewhouse, Woolongabba – Microwbrewery that sometimes has $10 jugs of their flagship pale ale (which is very tasty!). Currently that have Pizza and a Jug Wednesdays 5.30 to 8.30 for $19. So beer and pizza for 2 at $9.50 each, not bad!

The Victory, CBD – has $5 pints of coopers pale ale and other offers. On student night (Thursdays) its $6 for a jug! – They also do a $3 steak on a Sunday with cheap drinks too.

Its about as Australian as it gets, and there are free electric BBQs in loads of places around the city. Some of the best views for BBQ’ing can be found on Kangaroo point. So take your $5, pick up a pack of sausages and a loaf of bread and cook up a budget feast! If its busy, don’t worry, BBQ etiquette dictates that people don’t hog the grills! So it’ll be available again soon enough.

A special bonus round, but it only happens once a year…

Normally happens in the second part of September every year. Various arts and culture events over a couple of weeks which culminate in a massive firework and lights display along the Brisbane river which is normally even better than what they pull out for New Years eve. Plus, September is a great month of the year to visit Brisbane: dry, warm and sunny! Keep an eye on the Brisbane Festival website for updates.