South America has a reputation among travellers for being a relatively expensive region to travel compared to other parts of the world such as South East Asia. However, there are some very good, typical and cheap eats to be found around the continent, if you know what to look for!

Unlike some other regions of the world (India, South East Asia, North Africa), the typical foods of South America don’t have a strong international reputation and aren’t necessarily considered exotic and perhaps therefore not worth travelling for, but I hope this article will prove otherwise.

Time for some Latin flavour! 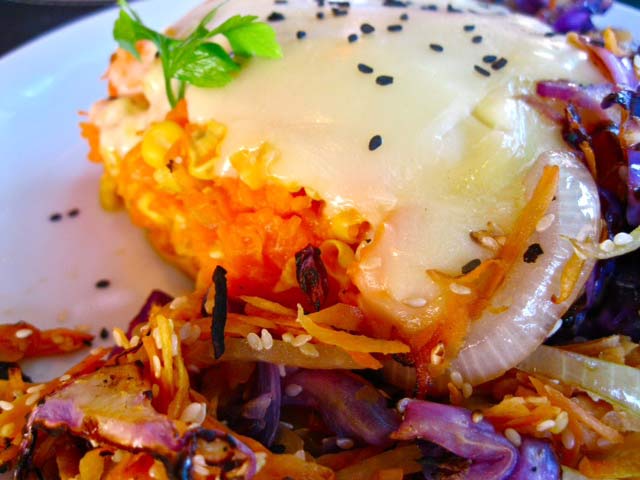 We found stuffed squash all over central Argentina. In May when it comes into season. Stuffed with sauteed vegetables and topped with cheese, it was the perfect cheap comfort food for a chilly autumn evening.

After steak, empanadas are probably Argentina’s most famous edible creation. Similar to cornish pasties, empanadas are baked (or sometimes fried) pastries with a filling of ground beef, chicken, cheese, spinach or less commonly, some other vegetable or combination of other fillings. They are cheap, filling and you’ll find them everywhere.

Is there a vegetarian version? You can sometimes find cheese and onion ones, and rarely you’ll find more interesting fillings like aubergine and goat’s cheese, but don’t count on it.

Similar to a schnitzel (this was the word Argentinians often used to “translate” it to English!), milanesa is a breaded and fried cutlet of beef or chicken, usually served with some kind of potato and is a cheap option if you want a meat hit.

Is there a vegetarian version? You may be able to find a soy-based version which seemed reasonably common, but you’d have to try a specifically vegetarian restaurant for that. 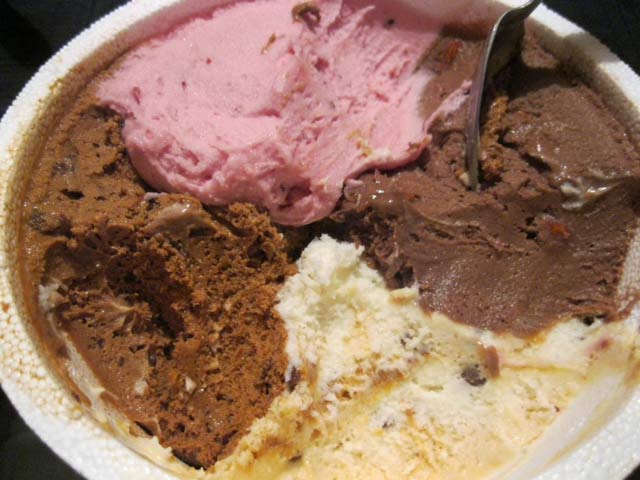 Ice cream as a meal? You bet! Due to Argentina’s history of immigration from Italy, really good quality and good value ice cream is easy to find all over the country, but especially in Bariloche and of course in Buenos Aires. Dulce de leche (milk caramel) flavour would certainly be the most Argentinian choice. 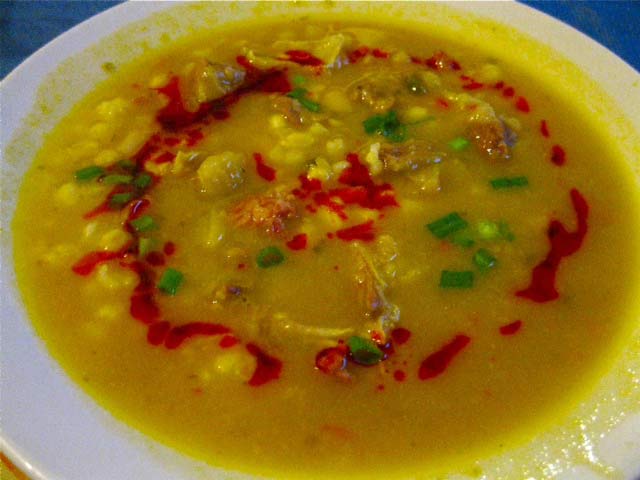 Typical of northern Argentina, locro is a thick stew of corn, beans, potato and beef. It’s sometimes eaten as a starter, but can easily function as a main meal as it’s pretty filling.

Is there a vegetarian version? Not really, though you might be able to ask for it without beef, but I wouldn’t count on it being free of animal fat in that case. 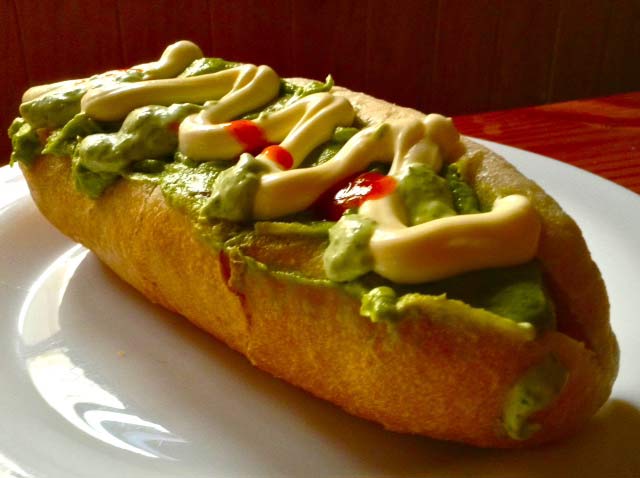 Chileans take their hot dogs very seriously. The most common variety, “a complete”, is a long bun with a frankfurter like sausage, smothered in mashed avocado and topped off with mayonnaise and ketchup. Great for a quick snack when you’re out, or buy a couple and make it a main course.

Is there a vegetarian version? No. 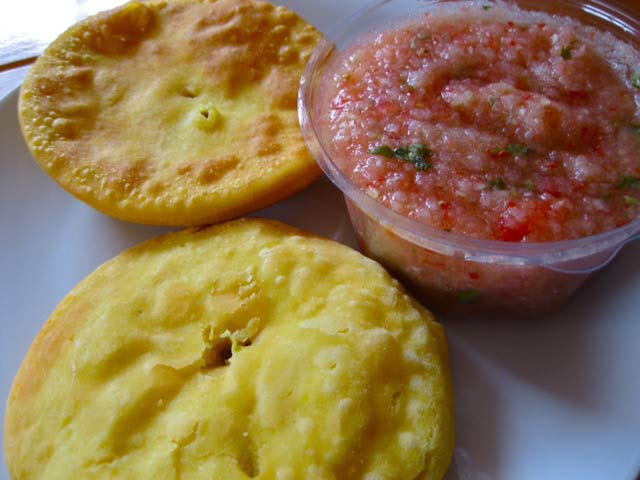 This tasty street food is a flat cornbread that is deep fried and often served with pebre (tomato salsa) and ají (chili), but you can eat them with whatever you want. I suggest chopped avocado and tuna. You’ll find them sold freshly fried on street corners everywhere in larger Chilean towns.

Are they vegetarian friendly? Yes. 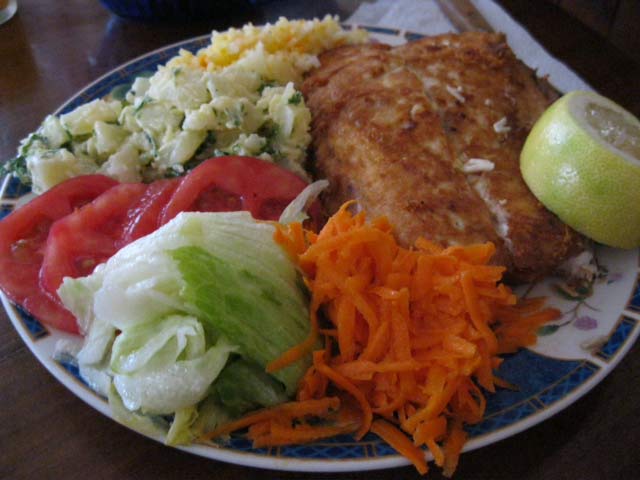 Being a country with a very long coastline, Chile knows how to cook fish. It is common, especially in the south, to find basic places offering just one or two kinds of fish (salmon, hake, swordfish) with all the trimmings, giving you a very filling and balanced meal for a low price.

Is it vegetarian friendly? No, unless you subscribe to the South American definition of vegetarian. 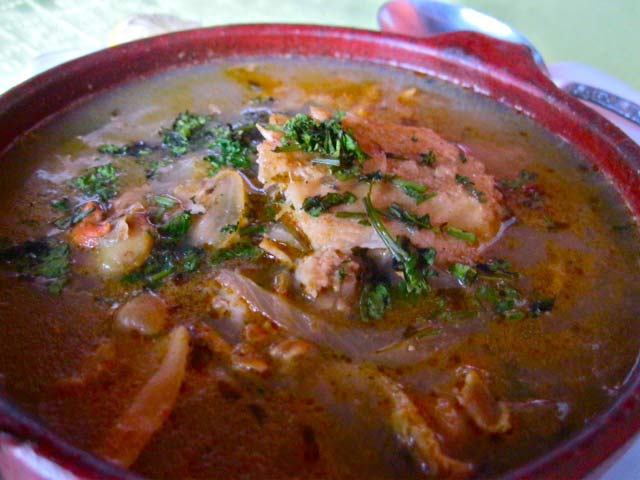 Continuing with food from the sea, this traditional seafood stew, believed to be an aphrodisiac, is commonly found all over Chile. It’s a tasty mix of clams, mussels, shrimp, onion, tomato, seasoned with parsley and paprika.

Is there a vegetarian version? No. 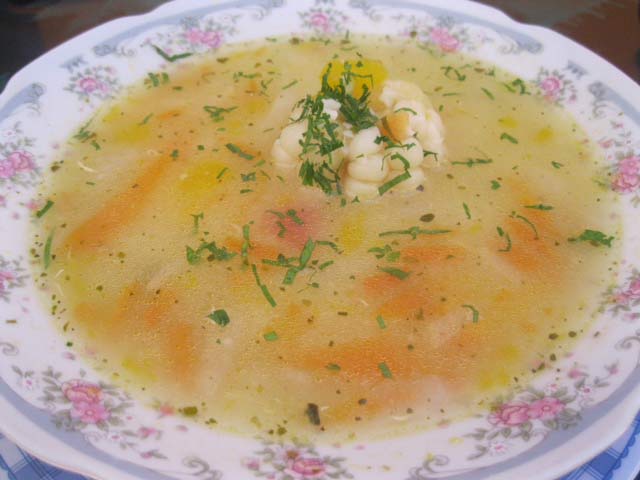 A simple but tasty vegetable soup, cooked in nothing but its own juices, this is a common starter to a Bolivian almuerzo (set lunch). Typically it will include carrot, onion, cabbage, potato and perhaps some other root vegetables. 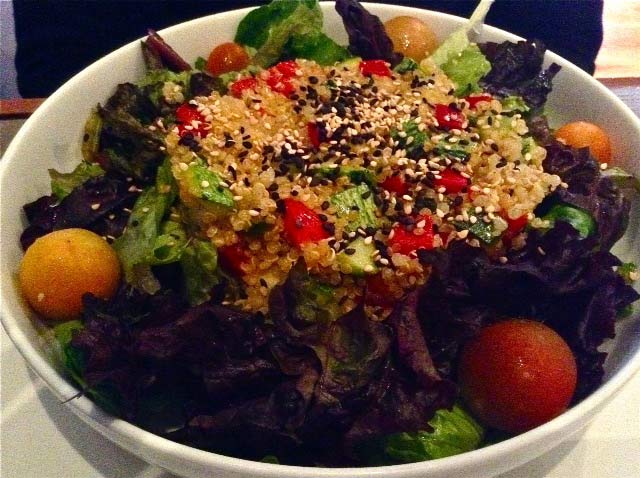 Quinoa, which is high in protein, calcium and fibre, is common in many forms throughout central South America. In Bolivia it is often found served along with locally grown vegetables in some kind of salad. 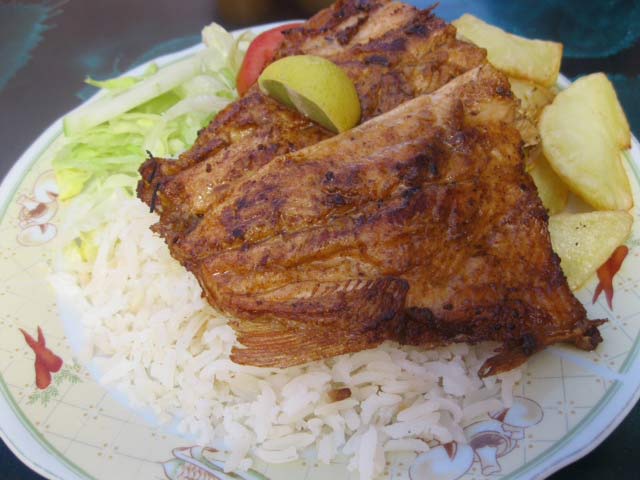 You may not think of fish when you think of the cuisine of a landlocked country like Bolivia. However, in the area around Lake Titicaca, it’s fresh, tasty and surprisingly easy to come by. And it’s cheap!

Is it vegetarian friendly? Well, it’s fish, so you decide. 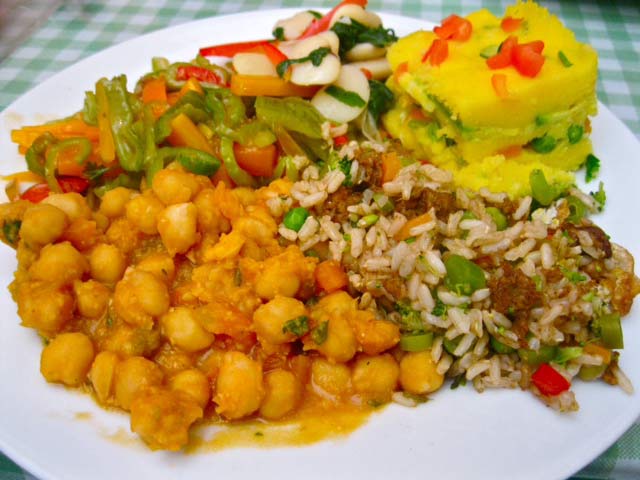 A layered potato cake, usually eaten cold, causa is made with mashed potato with layers of cooked vegetables. You’ll find it in restaurants as a starter and you’ll also see it sold by street vendors who’ll give you a plate and a plastic fork to eat it as a snack right there at their stand on the street. 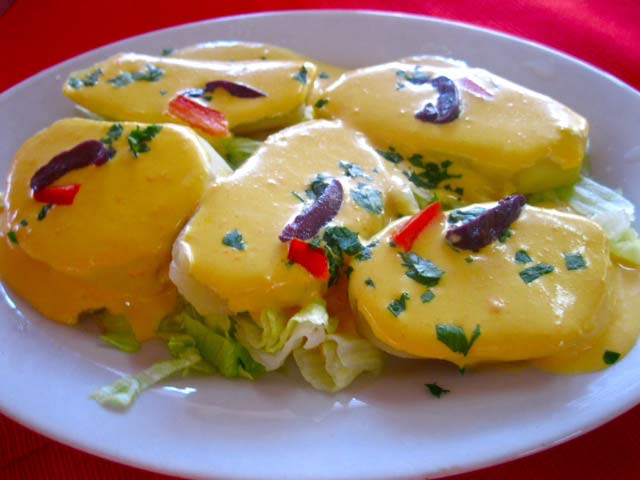 Another potato dish popular in Peru is sliced boiled yellow potatoes covered in a creamy white cheese and yellow pepper sauce served on a bed of lettuce and topped with sliced boiled egg and olives. It’s usually served cold and is often a starter for almuerzo (set lunch). 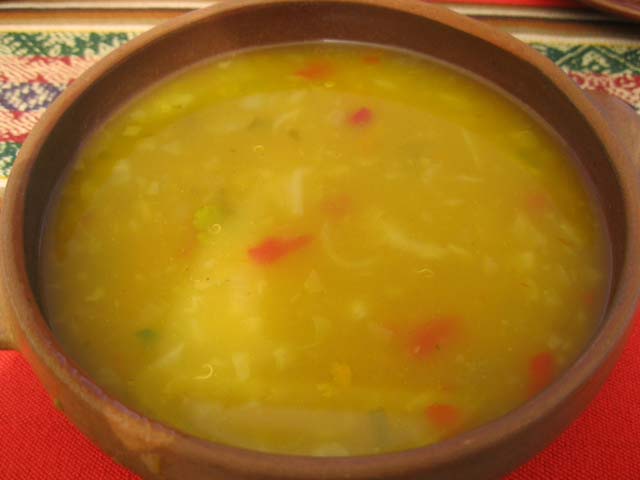 Just like in Bolivia, quinoa is cheap and easy to find, though more often in soup than salad. 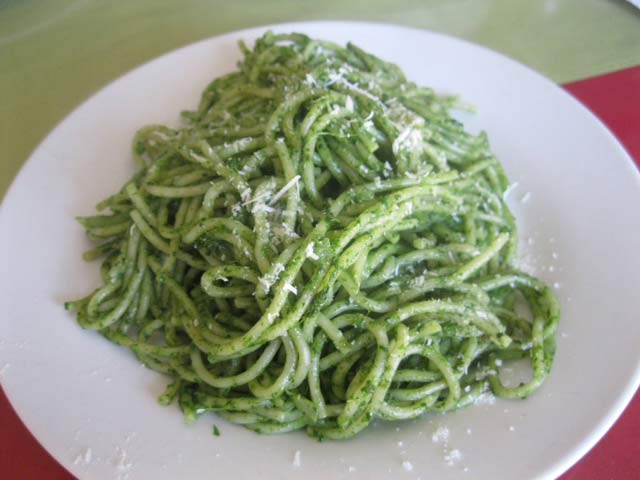 Basically spaghetti with a light spinach and cheese sauce, this meal makes for good and cheap comfort food and is commonly served as a vegetarian main for almuerzo (set lunch).

Peru’s national dish is made with raw fish marinated in lemon or lime juice, onion, chili and coriander. There are cevicherías all over Peru, and while there is a trend towards gourmet style ceviche, it is still extremely easy to find the cheap and cheerful variety (think plastic chairs) in any town or city, especially by the coast.

What are your favourite South American cheap eats?