(This is a guest post by Laura Lynch, of the travel blog Savored Journeys. Laura was invited to a dinner hosted by High Timber and Sabi Sabi Reserve in order to learn more about their chefs’ collaboration.)

On a particularly nice evening in April, I found myself dining in the wine cellar at High Timber in London. As I cut into a tender stock of asparagus with smoked butter sauce that was being served by head chef Mircel McSween, I couldn’t help but marvel at the flavors. As the chef says, sometimes adding a unique spice to a dish will “make guests think and ask more about it.” It’s that desire to thrill guests with new flavors that led McSween to spend a week exploring culinary techniques in the South African bush. 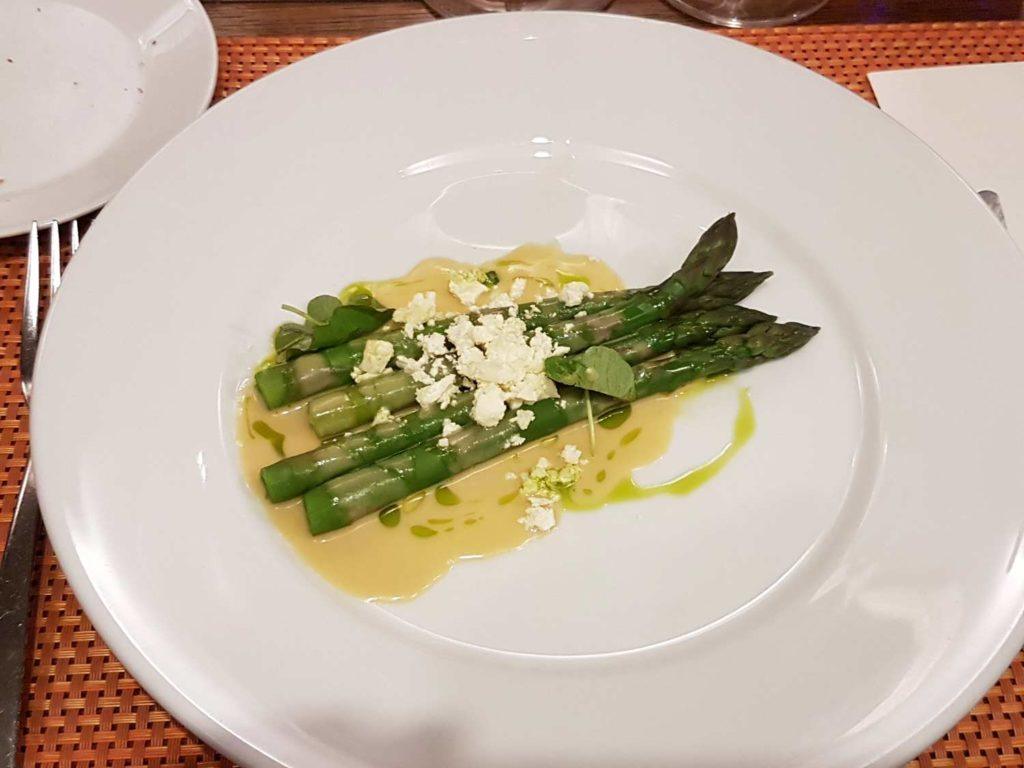 Chefs collaborate on new dishes and innovative approaches to food all the time, but not necessarily in the way that McSween – head chef at High Timber in London, and the chefs at Sabi Sabi at Kruger National Park in South Africa, have done.

Although the food at the Sabi Sabi lodges is already top notch, chefs are always eager to expand their repertoire and introduce new things. That’s how they came up with the idea to collaborate with High Timber, a modern British restaurant in London with ties to Jordan Wine Estate in Stellenbosch, South Africa. The concept was to have their head chefs work alongside each other for a week in each location, to exchange ideas and recipes that would inspire both of their menus and lead to new innovations in their cuisine.

In November 2016, McSween ventured to South Africa to spend a week with Conradie Kruger at Sabi Sabi’s Earth Lodge. Being born and raised in England, McSween’s first mission was to teach Kruger how to make proper sourdough. Once that important task was complete, they explored different South African spices and shared techniques which they infused into their menus.

High Timber’s menu has a few South African ingredients and spices, from Biltong Croquettes with peppadew ketchup, to Rooibos tea smoked salmon. The unique flavor I tasted in the asparagus turned out to be nasturtium, an edible flower indigenous to South Africa, with a peppery kick to it. More of these collaborative touches will be added to the menu at the end of the year as their collaboration continues. 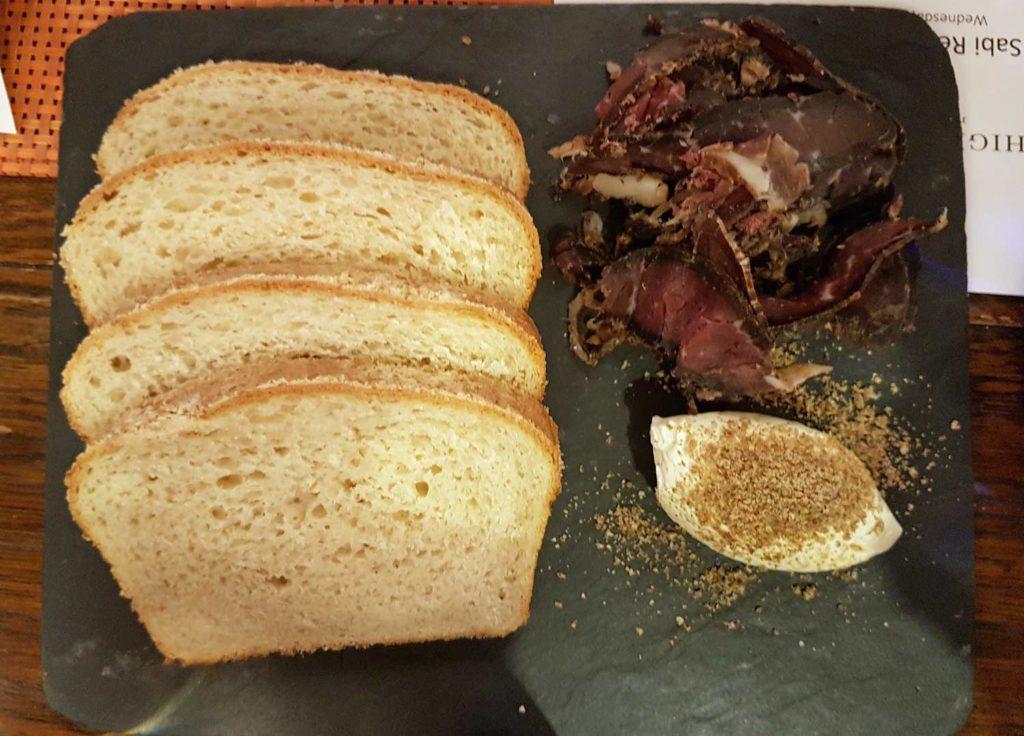 At the end of October, Sabi Sabi will send one of their chefs to spend a week with McSween in the High Timber kitchen. The dishes they collaborate on will be served at the restaurant during the week and into 2018, to celebrate the partnership.

When asked what was the most inspiring thing he learned during his time with the chefs in South Africa, McSween said he found the chefs were using a lot of textures and spices – a lot more ingredients than he typically uses. “I shouldn’t be afraid of using bolder flavors,” he said. One such flavor he intends to use more is a spice blend called Dukkah, made with cumin, sesame seeds, hazelnuts and coriander. 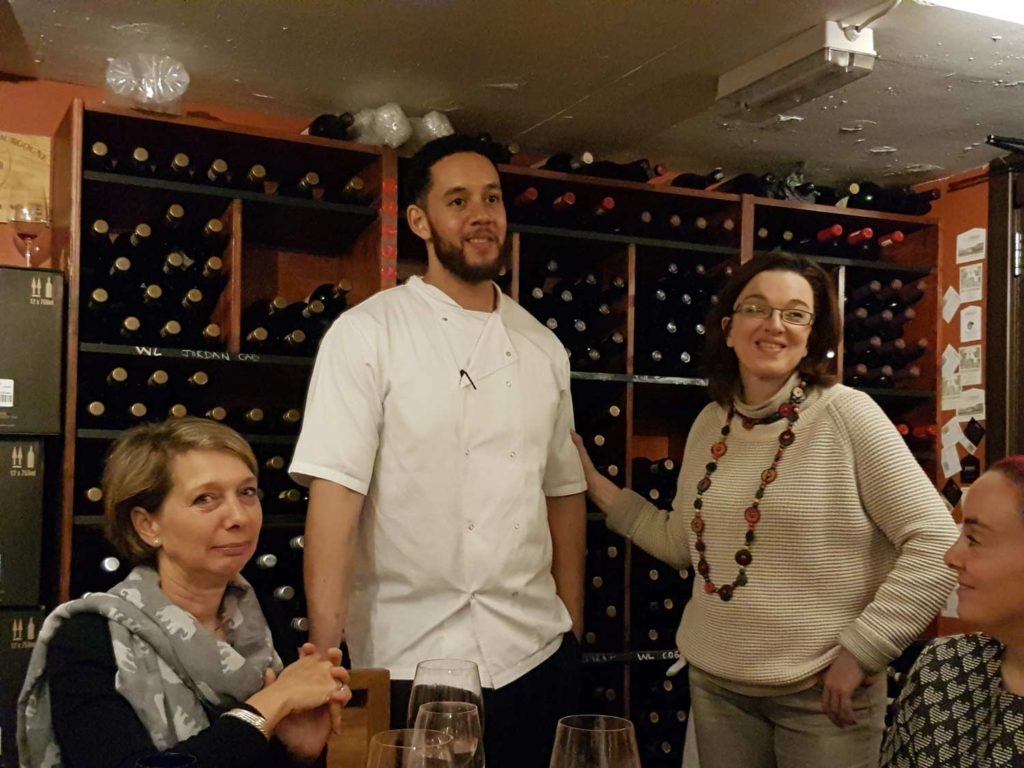 You can expect to find South Africa inspired dishes on the menu at High Timber throughout the month of November. For more information, visit www.hightimber.com and www.sabisabi.com.